In life, there is only some certainty. One of them concerns the question, “When will Wanwan Mobile Legends be released?”.

No need to wait long, Wanwan Mobile Legends was officially present at the most popular MOBA mobile game in Indonesia on October 26, 2019 on patch 1.4.30, friends.

Intrigued by the review? The following recommendations build hurt, reviews skill, and how to use Wanwan Mobile Legends that you must know.

As ApkVenue has mentioned in the title, Wanwan is the latest Mobile Legends hero to enter role Marksman, same as Kimmy and Lesley.

In line with roleAs a Marksman, Wanwan specializes in long range attacks with damage the big one.

But, they are also known to be very fragile and require effort as well skill from the player to stay alive. Moreover, you could say using it in need of finger agility.

Before entering into technical matters, ApkVenue wants to discuss a little background and the story of Wanwan Mobile Legends that you must know.

The Story of Wanwan Mobile Legends, The Nimble White Tiger

Like most heroes in Mobile Legends, Wanwan has some unique facts taken from the Chinese culture applied to Oriental Fighters. 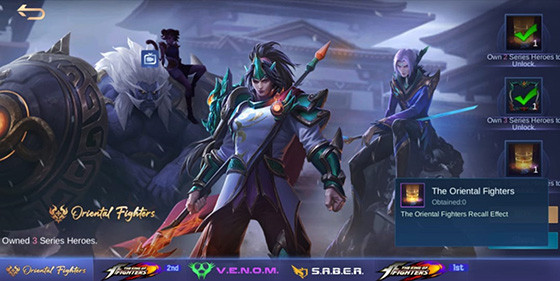 This team consists of Zilong, The Red Dragon from the East, Baxia, Black Tortoise from the North, Ling, Blue Bird from the South, and Wanwan, White Tiger from the West.

In Chinese mythology, they are dubbed as four protective animals and in the Mobile Legends game itself, the team that has the four characters above will get speed boost buff. 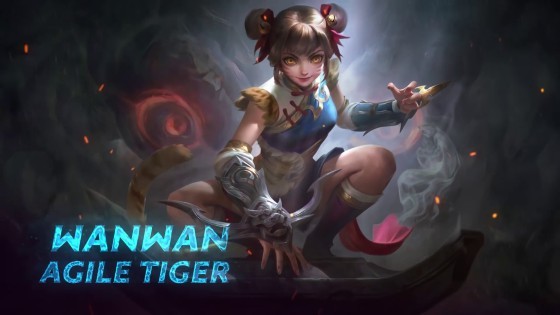 In terms of appearance, Wanwan reminded ApkVenue of character Chun-Li from the game series fighting most popular, Street Fighter with two bun and cheongsam very special!

But in terms of gameplay, it looks like Moonton is inspired by the characters Tenten from the Naruto anime that has a similar name and a specialty of long-range weapons.

In the Mobile Legends game, Wanwan is armed with a crossbow the small one in the left hand as its main weapon.

But don’t be fooled by his cute appearance! Because this hero can be Tank killer, even the strongest and thickest ones. Horrified, right? 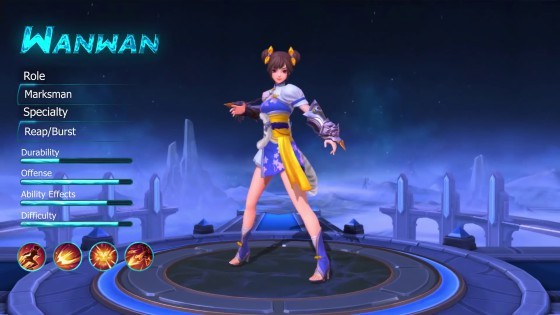 Hero Wanwan Mobile Legends is released at a price 32,000 Battle Points or 599 Diamond. At the initial release, you can have this hero with discounts up to 419 Diamond.

What makes Wanwan unique is not just his appearance, but his style of play and ranks skill he has, a friends.

Because as ApkVenue said at the beginning, skill Wanwan Mobile Legends is quite unique and makes it different from other Marksman heroes.

The following is a list and review skill Wanwan Mobile Legends along with a brief explanation, friends. 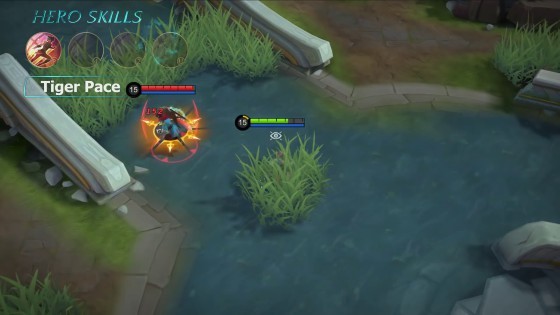 Wanwan is able to reveal Weakness aka the weak point of the opponent being attacked and giving true damage equivalent to 2.5% of Max HP if regarding the Weakness.

If it hits all Weakness points, Wanwan will improve damage by 30% for 6 seconds.

Wanwan can also move in short distances while throwing Sleeve Dart. The speed of this movement scales with attack speed. 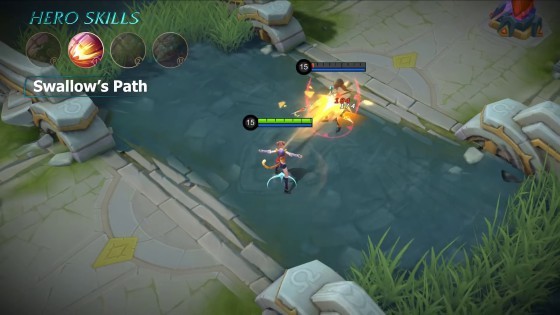 This hero fires Fire Swallow in the specified direction and the affected hero triggers Tiger Pace to reveal the enemy’s Weakness.

The first attack will cause a number damage enhancements and effects slow by 30% for 1.5 seconds.

Wanwan can retract his attack and the hero who is hit twice will be affected stun for 0.5 seconds. 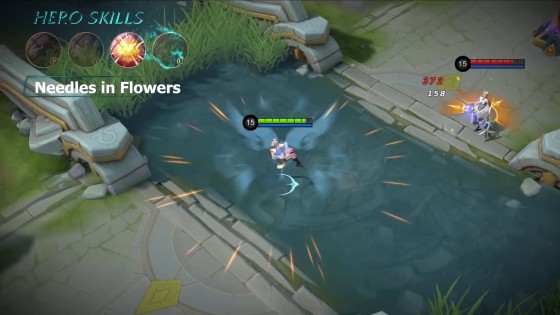 This attack also activates Tiger Pace and gives a number damage to the heroes around. 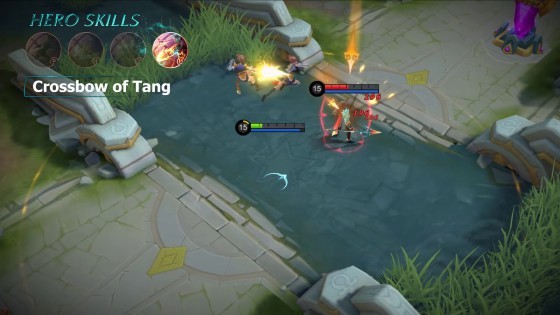 Ultimate skill Wanwan can only be done if it has hit all the Weakness of the enemy hero.

Wanwan will fire the arrow repeatedly for 2.5 seconds. If the first enemy has been killed, Wanwan will change the target and add an additional 1 second.

Fire from ultimate skill Wanwan will be counted as basic attack and the number of arrows fired scaled with attack speed-his.

As a Marksman hero, Wanwan clearly specializes in medium to long range attack with crossbow his

Wanwan is also equipped with specialization Reap / Burst Damage which is effective in killing enemies and inflicting damage which is huge in a short amount of time.

Unfortunately to control this one hero is somewhat easy and difficult, because you can say that Wanwan is too agile and needs hand speed to play it.

Much like a sharply sharpened pencil, Wanwan can be very sick and fragile. Especially if you meet an enemy Assassin hero, friends.

The Build Wanwan Mobile Legends is Best and Ill 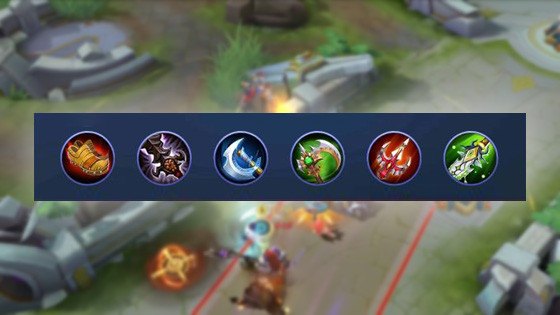 Well, here are the recommendations build Wanwan Mobile Legends is hurt and the best you can use in a match.

Meanwhile for choices battle spell you can choose between Inspire to increase attack speed instantly or Retribution to help farming.

And for emblem set options, you can choose Custom Marksman Emblem, friends 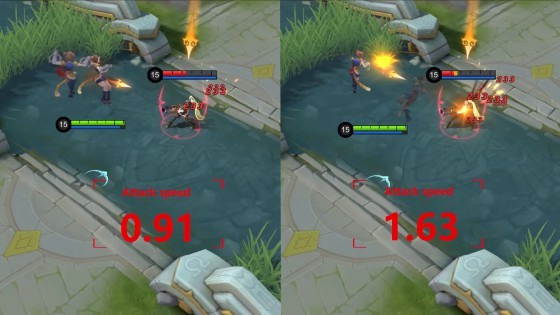 Well, do you understand? skill and build is best for Wanwan? Before that ApkVenue has summarized a few how to play Wanwan Mobile Legends which can be applied in a match. 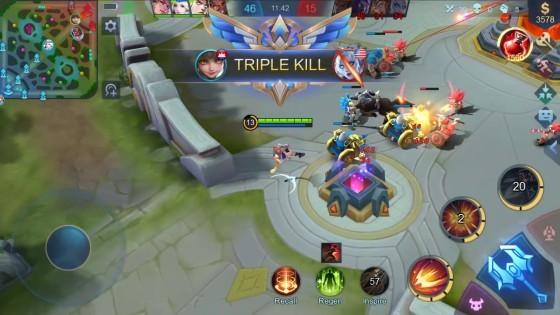 Like other Mobile Legends heroes, Wanwan also has a number of advantages and disadvantages that ApkVenue discussed as below.

The Advantages of Wanwan Mobile Legends

Well, that’s a little review about Wanwan Mobile Legends, reviews skill, build the strongest, and how to use it in matches.

Playing using Wanwan does require patience and perseverance because of the movement as well ultimate skill Wanwan needs adaptation.

In addition, Wanwan is a type of character with potential damage which grows as the game goes. So do not be afraid to lose at the beginning of the game.

What do you think about this Mobile Legends hero? Or have other tips and tricks? Don’t forget to share your opinion in the comments column, ok?