Don’t have time to watch football games on TV? Or you gamers who want to watch the tournament esports directly?

Now, you can try recommendations application live streaming best for variety genre, like soccer matches, games, and even popular for celebrities and artists, you know.

Getting more curious? Let’s just see the full list in the article below.

Content live streaming or live video broadcast it is on the rise lately.

So much live streaming platform available, then in this article ApkVenue will divide it into several genre, such as games, balls, artists and applications live streaming no banned.

Of course, this will make it easier for you to find what you want without the hassle of going back and forth, right?

First, for fans of the game and also esports You can watch using the application live streaming the game ApkVenue will review below. Application live streaming the first game that ApkVenue will recommend is Facebook Gaming Creator which you can find directly in the Facebook application.

Well, you must know, now it starts a lot gaming streamer who use Facebook Gaming Creator as their creative media.

Especially with a total income of tens of millions per month, it will be very profitable, right? For those of you who are curious, try hunting fast! 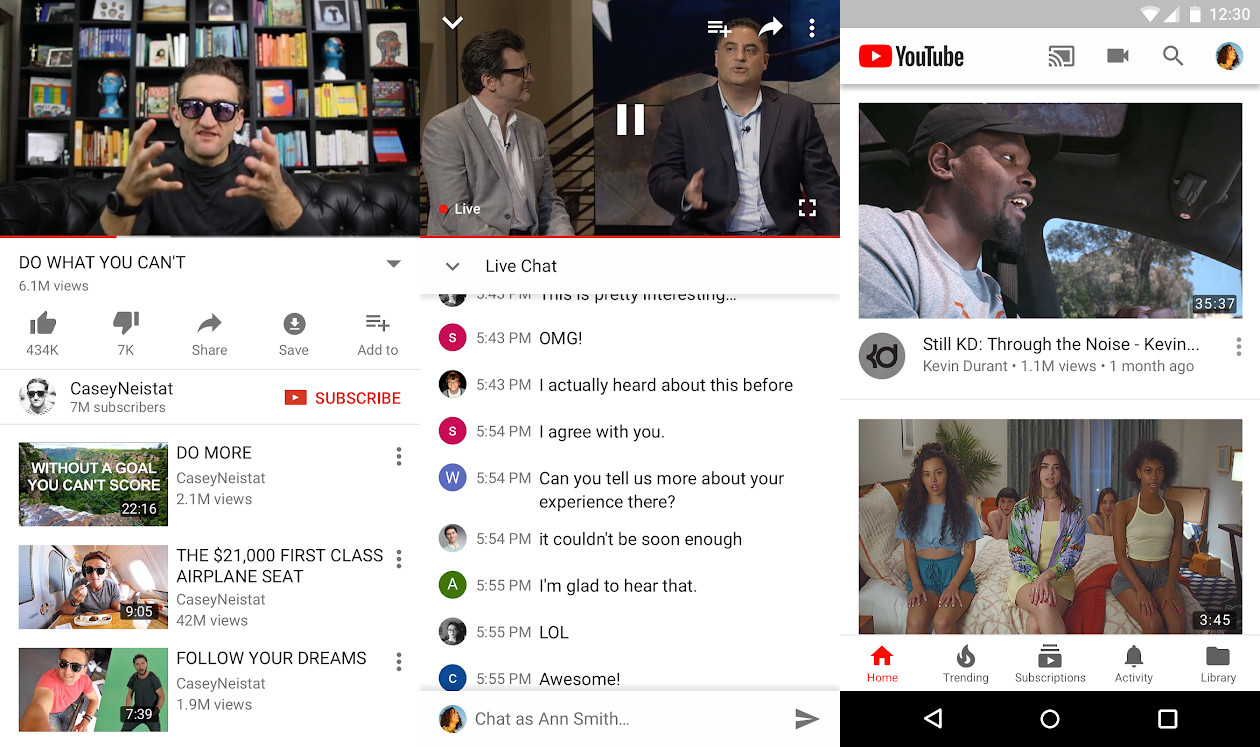 Well, if it’s a taste, it’s an application streamed This game must be known by many!

There’s no mistaking it YouTube through the Gaming segment they are quite popular, because almost your favorite YouTuber Gaming uses the platform this is for making videos.

As the name implies, this application accommodates the content creator to interact directly with subscriberwhile playing the game.

Now, the YouTube Gaming application is gone because the gaming segment is merged with the main YouTube application.

This is done to make it easier for us to find gaming content directly on YouTube. So, you don’t need to go back and forth. 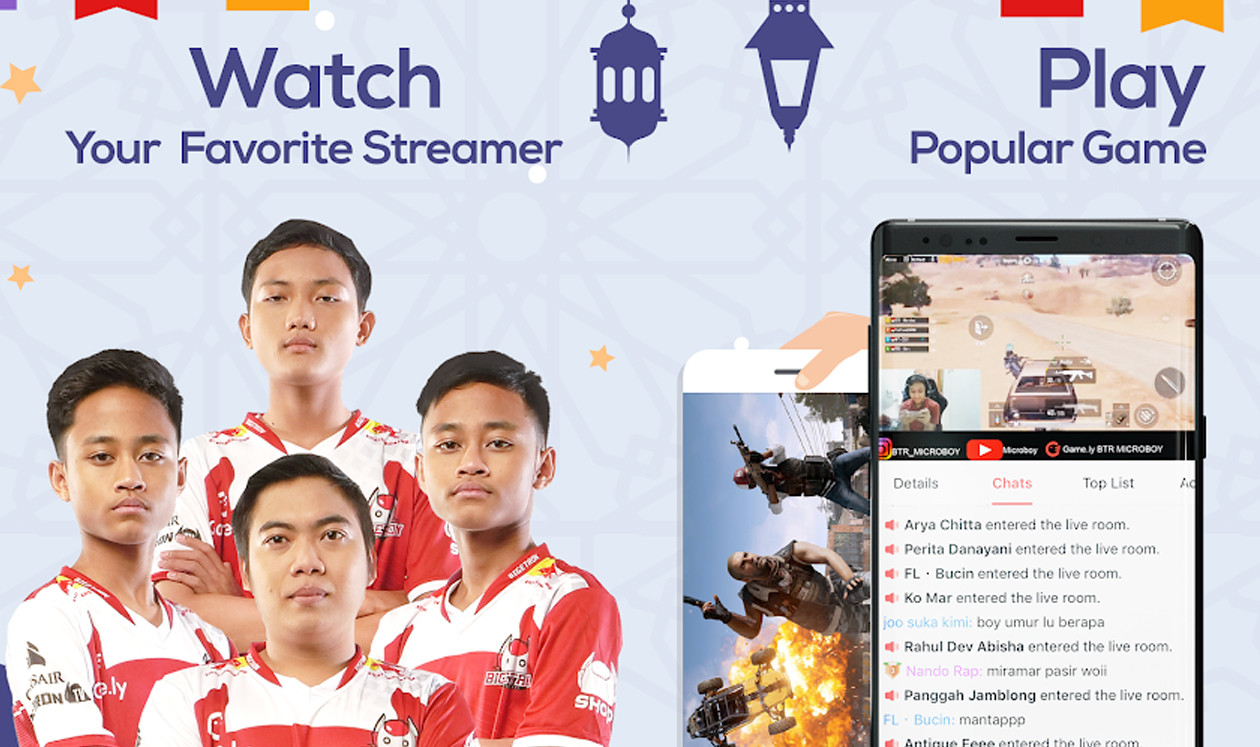 Game.ly actually something like Youtube Gaming that ApkVenue previously discussed. Some Indonesian Gaming YouTubers even do live streaming provided by Game.ly

Well, do you intend to be streamer famous through Game.ly? Previous download it first the application. 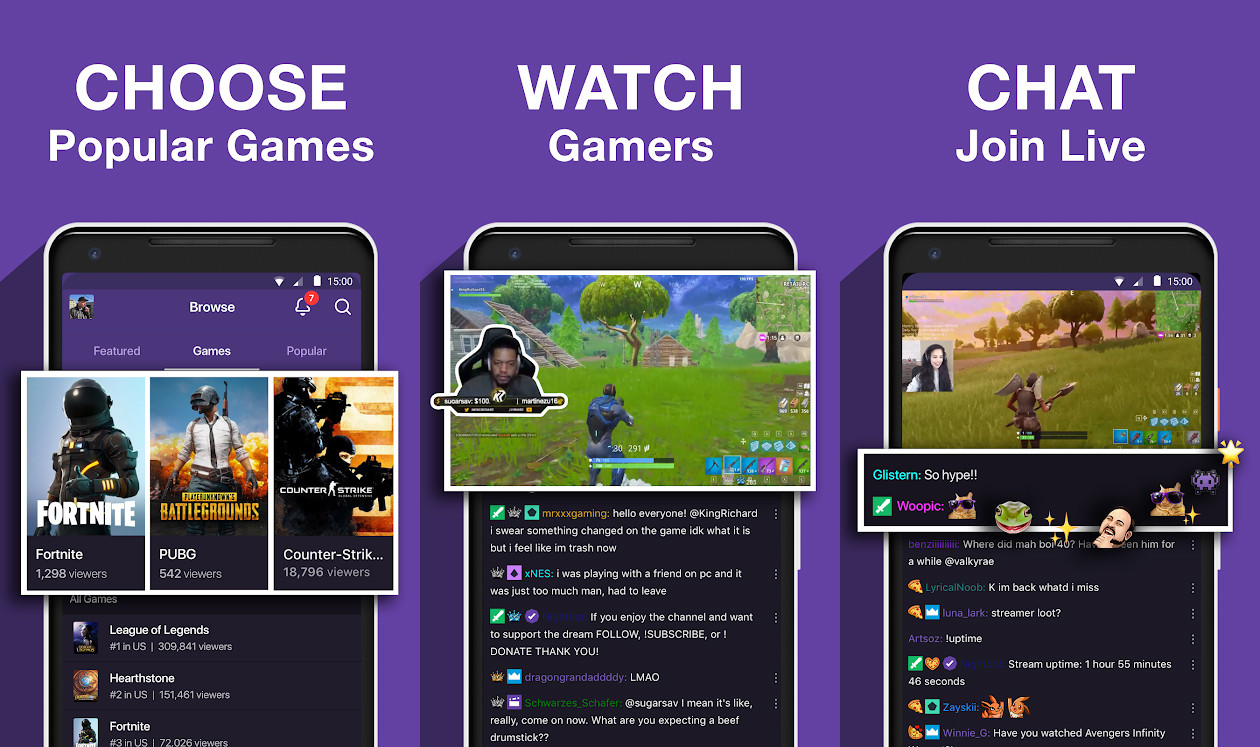 Twitch arguably the favorite application for streamer abroad, especially for those who play the Fortnite game.

Besides Fortnite, there are also various games such as PlayerUnknown’s Battlegrounds, Dota 2, and others. Moreover, here you can meet various streamer foreign countries registered in this application.

May I tell ApkVenue, who? streamer Your favorite twitch? For ApkVenue, Ninja. 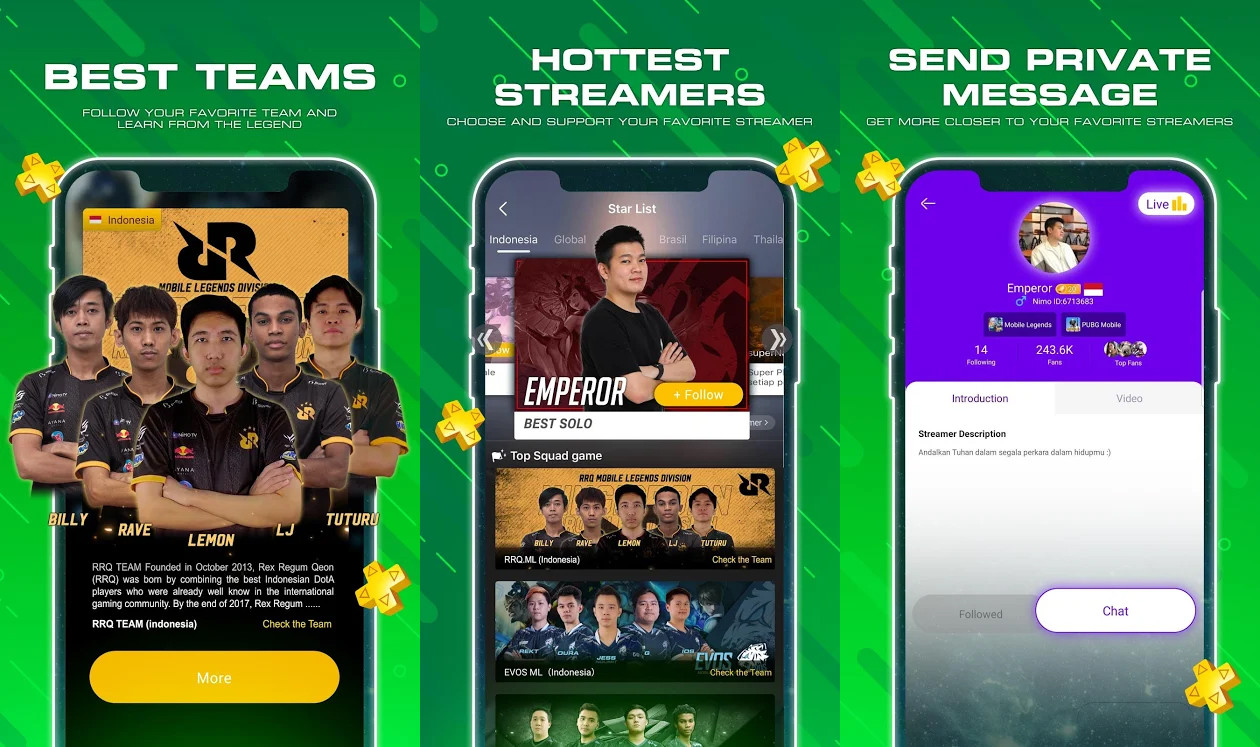 Must be you no stranger by name squad this cool one, i.e. EVOS and RRQ. Yes, they use Nimo TV on average for live broadcasts!

When you install this application, you will be given various channels esports you want to watch. Of course, you can also get money from Nimo TV if you become gamers and streamer famous!

Didn’t have time to watch together with the soccer match at cafe? Relax, you can also watch via the application live streaming balls that have a lot channel and the best network. 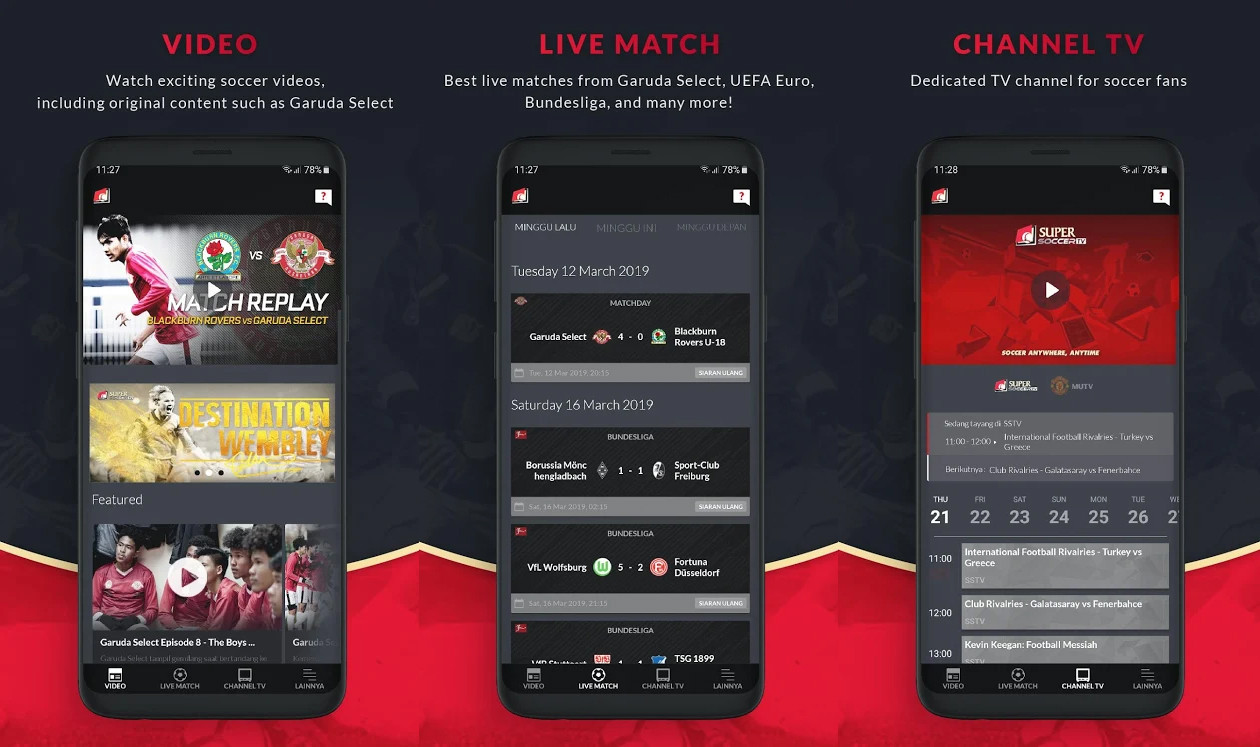 Super Soccer TV is an application live streaming soccer is most liked by football fans in Indonesia, especially supporters of Manchester United.

Why? The thing is this application provides MUTV shows that can be watched 24 hours, you know.

Apart from that, you can also watch live matches from Garuda Select, UEFA Euro, Bundesliga, Chinese Super League, and many more, friends. 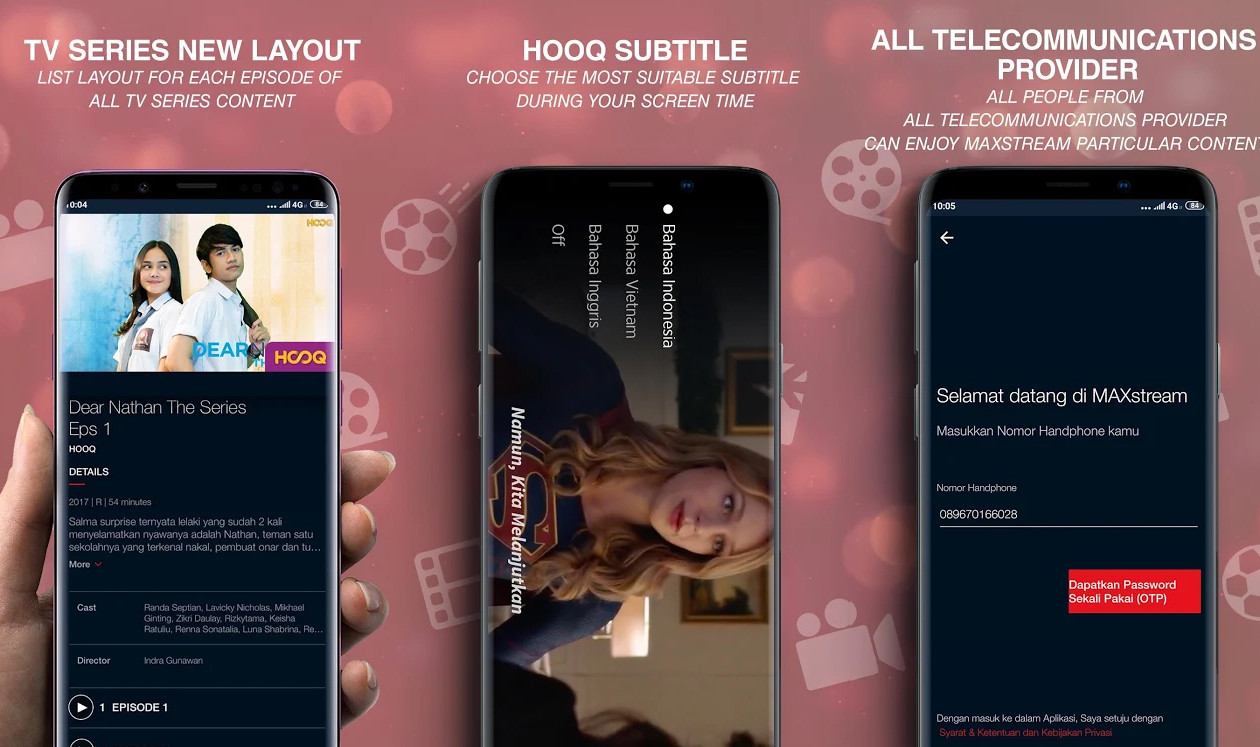 Especially for Telkomsel service users, you can also use the application MAXstream to watch TV shows, movies, and including football shows.

Kepo with the lives of artists, celebrities, or even K-pop idols? Well, you can also try the application recommendations live streaming best as ApkVenue review the following. 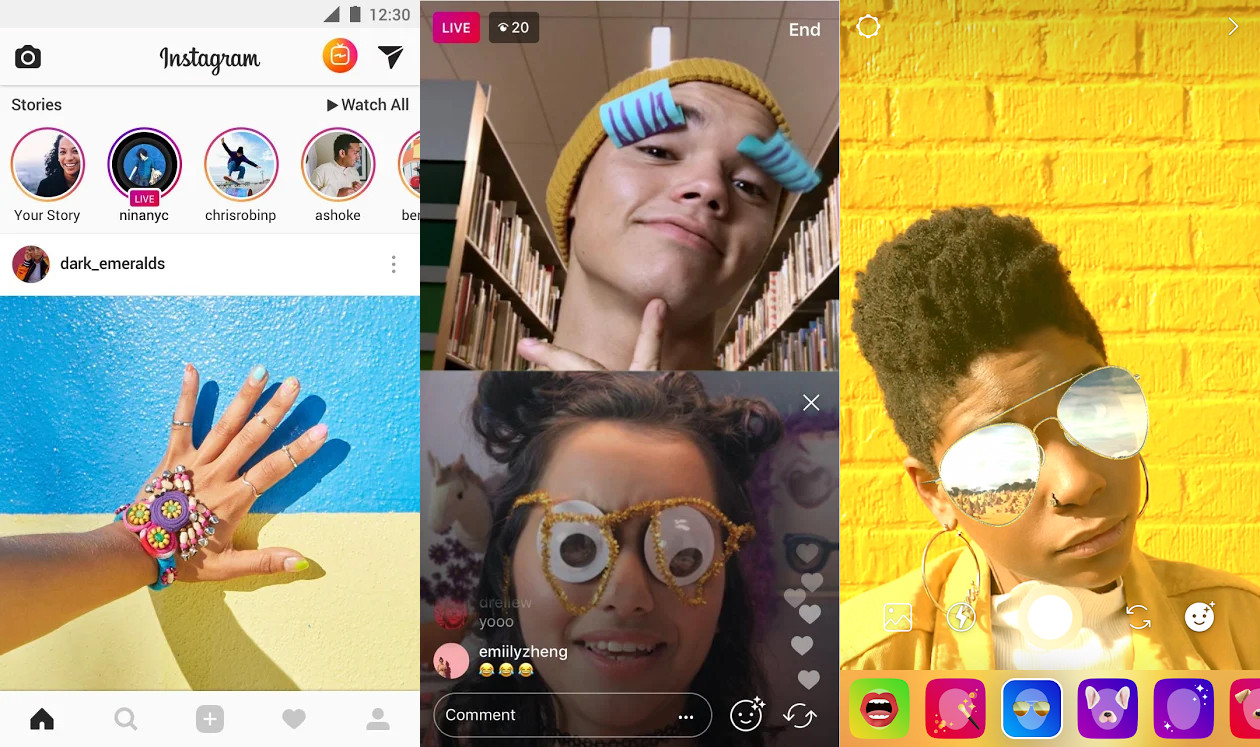 Who, who is not familiar with this one application? Yes, through the platform Instagram almost everyone is now racing to become a program fast.

One feature that many people like is Instagram Live (IG Live) which is quite interactive when used. Have you tried it yourself?

Many celebrities use the Instagram Live feature to interact with the fans and followerIt’s on Instagram. Interesting, right? Did you know that social media applications Twitter actually also has an application for live streaming? Yes, this service itself is named Periscope, friends

Maybe this application is not too often heard, because in fact on Twitter you can do live streaming without requiring additional applications. In the past, BIGO LIVE known as application live which is free and sensor no, before finally being reprimanded and subject to restrictions by the Indonesian government.

Now, the content presented is more polite, has stricter rules, and is no longer fun. Because, many are making a living by becoming streamer on the BIGO LIVE app! 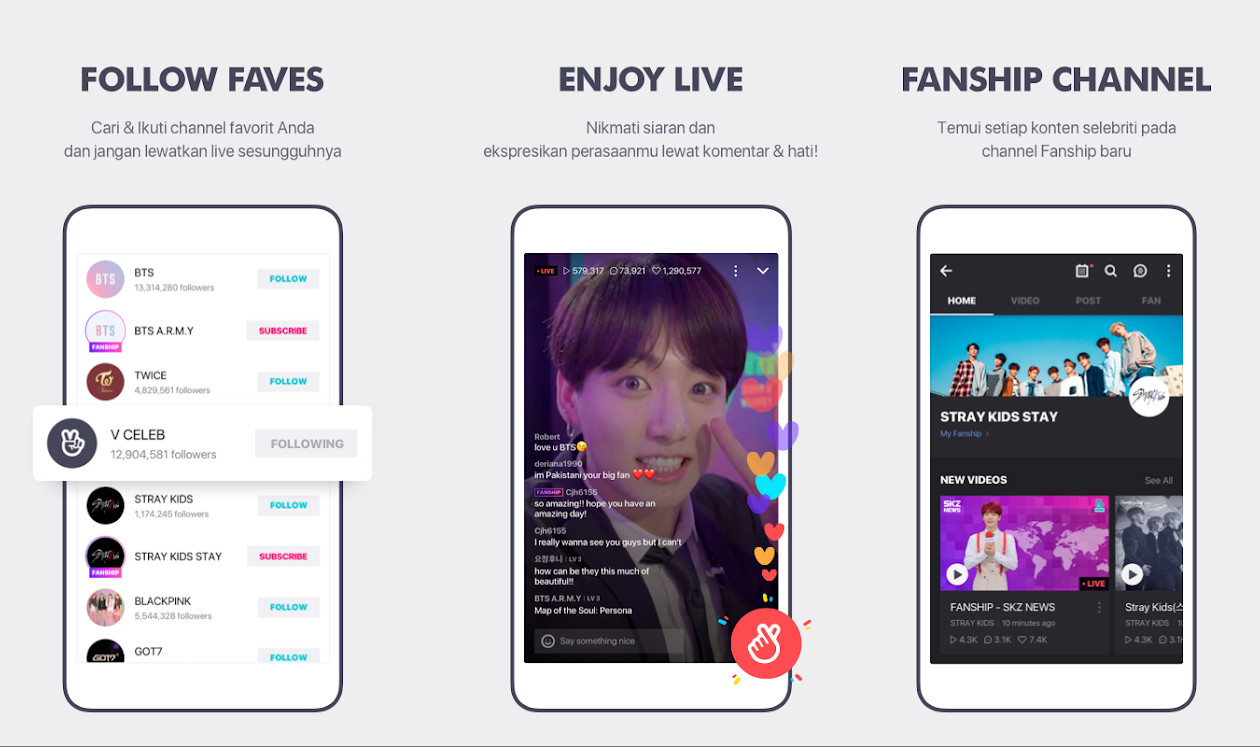 Well, if V LIVE is an application streamed which is devoted to K-pop artists and musicians. Almost all Korean artists use this application for live streaming.

Well, usually when Korean idols have the latest K-pop songs they’re promoting, they will use this app. 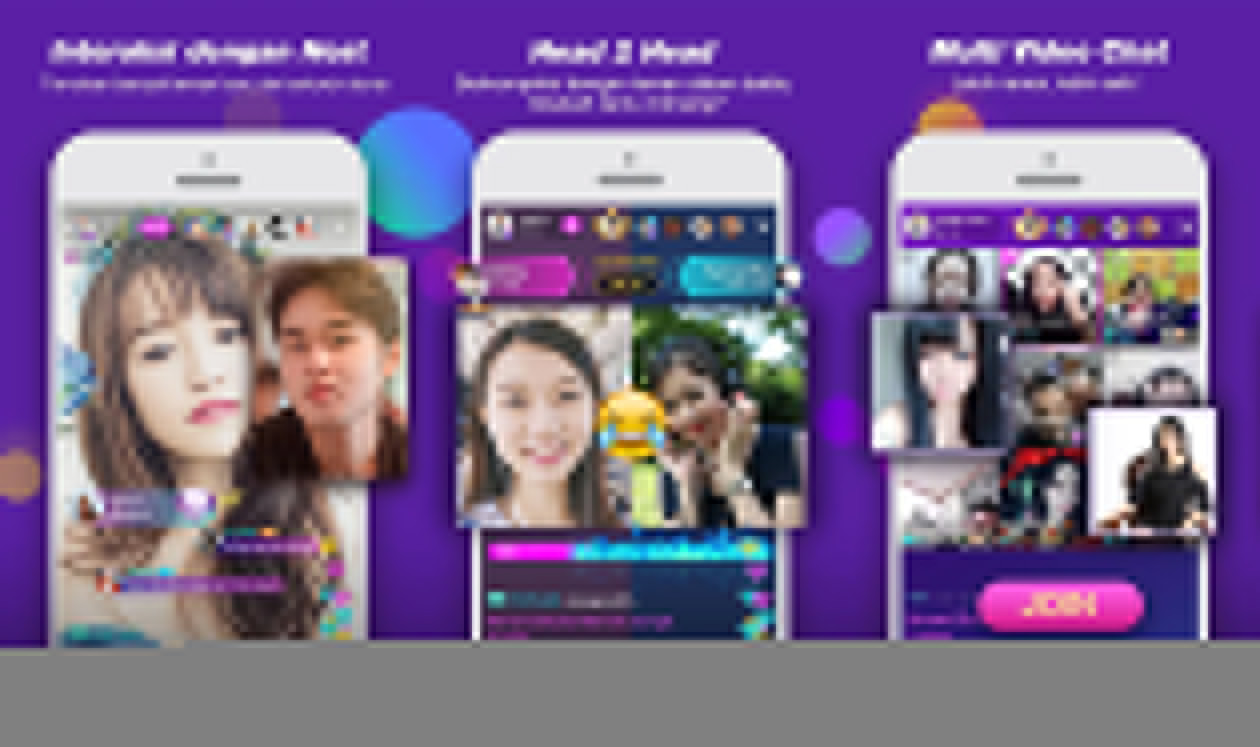 Live broadcasting is one new way to communicate with the fans you in 2020. One application that you can try is Live.me.

Besides being able to communicate directly in person real time, here you can immediately give a gift to streamer your favorite can later be cashed in, you know. Wow, fortunately, yes!

As an alternative because of restrictions on live broadcast content, there are currently applications too live streaming no banned popular and you can use, as below. 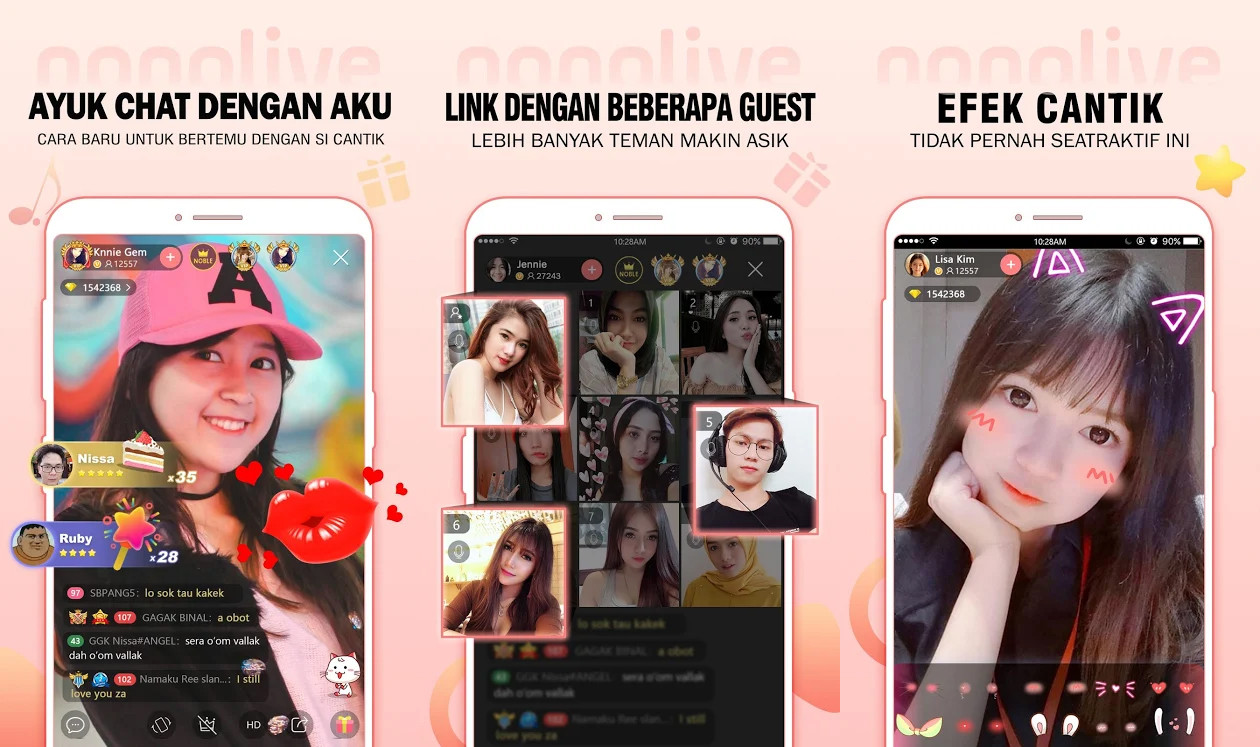 First there is the application Nonolive which has a fairly large user base in Indonesia.

Nonolive not only presents live broadcasts from celebrities, but also provides other features such as beautiful and effects streamed game too, you know.

Moreover, for you who have a large audience there are a variety of prizes and money that can be obtained. Then there GOGO LIVE which can be said as a newcomer in the application industry live streaming, especially in the country.

Almost the same as the application live streaming Other popular, GOGO LIVE provides a feature to watch live broadcasts from the para influencer, interact through chat, and give gift.

That was the Video application recommendation live streaming from various the platform which you can choose. Hope it helps.

Then, where is the application live streaming which is your favorite?

Please share and comment this article to continue to get information, tips & tricks and news about technology from ApkVenue.com.