ApkVenue
Have you ever imagined if the biggest sites and the most popular social media now appear in the era before the internet?

The internet has become an important part of life in modern human life. You can solve various problems and questions with the help of the internet.

One of the most popular internet products is social media sites. Who doesn’t currently have social media? Certainly it’s really rare right.

Not long ago, a talented digital artist named Sheng Lam illustrate what if social media and the most popular sites on the internet are described in style retro anime.

Wow, what is it like, friends? Instead of getting more curious, consider the following ApkVenue article.

For example, Instagram which is a social media for sharing photos, has roots from polaroid cameras that have been around for decades.

A digital artist named Sheng Lam from the city Manchester, English illustrate what if social media and popular sites in 2019 have existed since time immemorial.

Lam succeeded in illustrating the form of the appearance of the largest sites and social media when it was created in the days before the internet. In addition, Lam also illustrates it in the retro anime style that is his trademark.

Without waiting any longer, here it is the social media and 2019 most popular site in the retro anime style Facebook is a social media platform with the largest number of users today. With Facebook, you can meet new friends and old friends.

The artist described Facebook as a diskette and floppy disk drive named Phasebook. If you were born in the ’90s, surely you have used diskettes, friends.

Facebook is a social media that is often used by users to store memories that have been experienced.

According to ApkVenue, that was the reason why the artist described Facebook as a floppy disk and floppy disk drive. 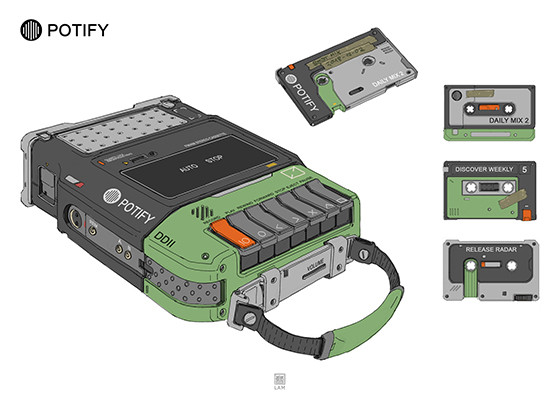 Spotify is the biggest music streaming site and application in 2019. Even so, it turns out that Spotify continues to lose money, you know, friends.

Well, Sheng Lam illustrates Spotify as Potify which is a cassette player. Dominated by green, Sheng Lam doesn’t want to eliminate the hallmark of Spotify, the friends.

Not far away with the Spotify function which is a music player application, Sheng Lam chose a cassette player that was popular in the ’80s

Spotify is known to have a mixtape or playlist that you can enjoy based on recommendations. Just like a cassette player, you can create playlists and mixtapes that contain your favorite songs.

Twitter is a social media platform that you can use to write short messages in the form of tweets to interact with other users.

According to ApkVenue, that’s what made Sheng Lam describe Twitter as a telegraph machine. So creative. 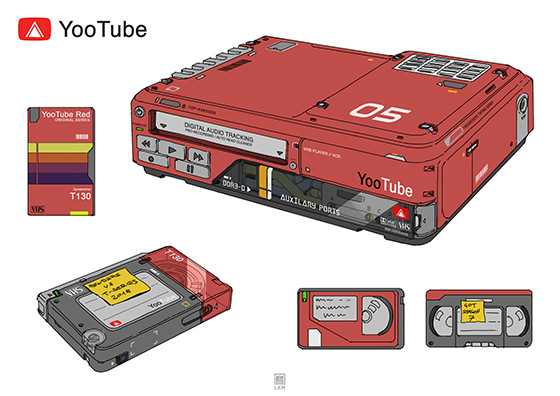 As a video streaming site, it’s natural that this digital artist portrays YouTube as VHS and VCR engine named YooTube which has a function to play videos in the ’80s.

If you were born in that era, surely you are familiar with the term VHS. VHS is a recording video storage media that requires a VCR player to be played. 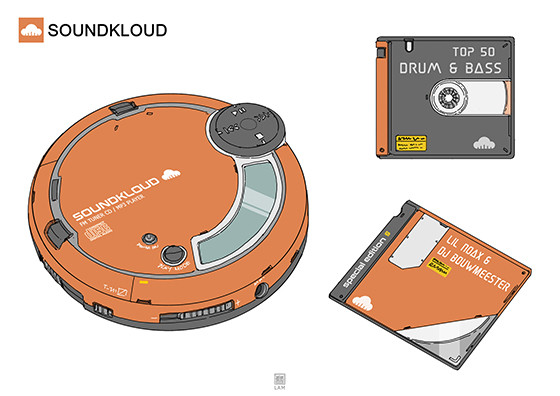 Soundcloud is a site and application that you can use to share your music with other people. You can also listen to other people’s music that you follow.

Nowadays Soundcloud is often used by new musicians to introduce their music to others as a step towards fame.

Match the image owned by CD player, friends In the past, famous musicians would record their music demos on CD and make the music available to others with a CD player.

According to ApkVenue, this made the artist described Soundcloud as a named CD player Soundkloud. 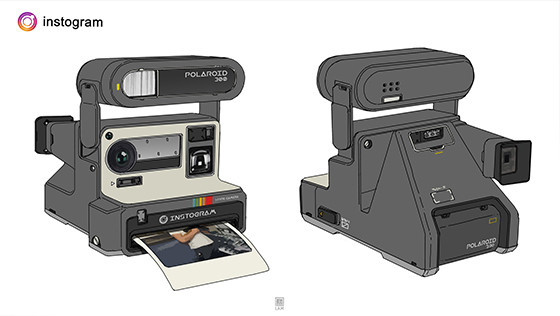 Instagram itself was originally an application that has basic photography. That is the reason why Sheng Lam, the artist, described Instagram as polaroid camera named Instogram.

As the name suggests, a polaroid camera has functions like a camera in general, but this camera can directly print photos right then from the camera body.

Just like Instagram, we can directly show off the photos we take in our feeds so that they can be seen immediately by others. 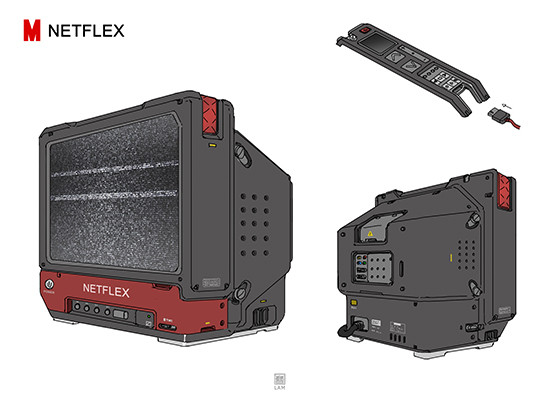 Netflix is the most complete and largest legal movie streaming site in the world. Even so, you can only stream on Netflix if you pay for access.

Netflix, which presents a variety of films and complete series, is simply described by the artist as a tube television named Netflex.

Really fit. Even though TV has now been abandoned, TV still provides thousands of movie titles and shows that you can watch.

Many people nowadays don’t watch TV but like to watch Netflix. No wonder the artist described Netflix as television.

Thus ApkVenue’s article on the illustration of 7 social media and 2019 most popular sites in the retro anime style. Do you think the above illustration is suitable?

Write your answers in the comments column.