ApkVenue
Do you like looking for opposite-sex friends in the hope of meeting a match? If so, it could be that this Facebook Dating service will suit you!

As social media with the largest number of users in the world, of course Facebook always trying to bring new services that pamper its users.

So, what’s the difference between Facebook Dating and Tinder? Is it true that this service can facilitate us in finding a mate? Come on, see ApkVenue’s full review!

This service product was first introduced in May 2018. It was only in September that this service was officially launched in the United States in the form of trials in Colombia.

After that, Facebook expanded in October in Canada and Thailand.

Some time ago, Facebook Dating expanded further by operating in 19 countries, including Malaysia, Singapore, the Philippines, Laos and Vietnam.

Other countries that can already take advantage of this feature are Brazil, Peru, Chile, Bolivia, Ecuador, Paraguay, Uruguay, Guyana, and Suriname.

One of the reasons why Facebook developed this service is because as many as 200 million people wrote their status on Facebook as single aka single. 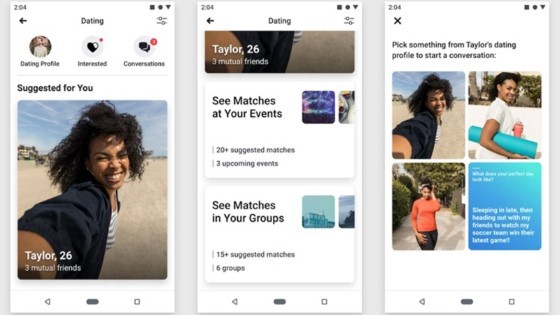 As a dating service, Facebook Dating has several features that make it easy for Facebook users to introduce themselves.

First, you can have different profile for Facebook Dating. So, if you want to image yourself well, you can do it with this feature.

If you are found by someone who is suitable for you, this service will allow you to contact each other.

Users can filter search results based on location, number of children, religion, age, and even height. Searches can be done up to a range of 100 km.

Another advantage of this service is that you don’t need to create a new account or application. You only need to use your Facebook account to use this service.

If you find someone who wants to do something strange, this service provides the features block and report users. 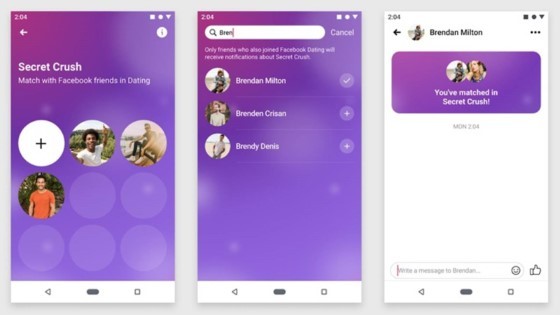 You will be asked to write down personal information such as name, location, gender, and what type of sex is attracted to the opposite sex.

After you finish filling out your profile, Facebook will find a matching pair according to your dream criteria.

You will not be paired with anyone who is already a friend on Facebook. This means you will only be introduced to strangers you have never met before.

You can be with each other chat on Facebook Dating if they also put you in their Secret Crush. Exciting is not it? 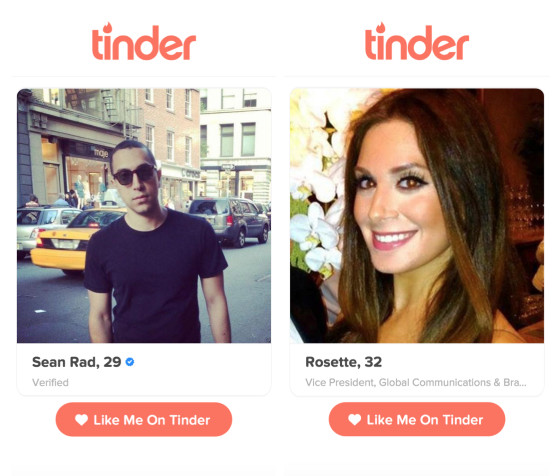 Tinder is one of the most popular dating applications. You will get many recommendations for potential partners.

The mechanism used in Tinder is right-or-left swiping. If you are interested, swipe to the right. If not, swipe left.

On Facebook Dating, if there are people you don’t want, you can press the button Not interested.

Same with Tinder, Facebook Dating too allows you to chat with the person you think is suitable for you.

However, instead of just showing a partner close to you, Facebook Dating will pair you with someone who has it mutual friends, hobbies and interests.

If in Tinder you have to be mutual like to be able to chat, on Facebook Dating, you can send a message to anyone. But you can only send messages again if there is a reply.

In addition, you can only exchange text without being able to send pictures, videos or anything else.

Facebook boss, Mark Zuckerberg, said that the service was released to form a long-term relationship, not just a one-night love.

Is your soulmate in the newest feature of Facebook, friends?

Unfortunately, this Facebook Dating service not available in Indonesia yet. Perhaps, the reason is that not many people use dating applications in Indonesia.

However, if one day this service will be present in Indonesia, ApkVenue believes Facebook Dating will be able to make you find a mate more quickly if it is destined!

Although relatively new, at least Facebook has a decent capital. Especially if it’s not users who reach 2 billion active users every day.

You have tried matchmaker application another? If yes, what applications? Write in the comments column, yes!