After that ApkVenue had a chance to discuss the hero Wanwan Mobile LegendsNow ApkVenue wants to discuss another new hero, friends!

Like Wanwan, Ling has several unique skills that make him a fear, friends, especially if you are alone.

If it is not clear in the title, the friends, Ling is the new hero of Mobile Legends who is in the Assassin category such as Gusion and Hanzo, but these two heroes are usually not suitable for beginners.

As Assassin, Ling is suitable for using tactics hit and run where Ling looked for the right time to attack before disappearing again.

This is not a coward, a friends, but a strategy, because they are very soft but have the ability to get away from enemies quickly.

As usual, friends, before we get into the technique of using Ling, ApkVenue wants to talk a little about the appearance and background of this character, friends!

Like Wanwan, Ling’s characteristics are taken from the mythology of 4 wild animals from China. Here, Ling plays the role of a bird from the south.

The difference is that if in Chinese mythology the bird is depicted in red, Ling is even dubbed as I am Blue in Mobile Legends.

Ling here has an appearance that is even more elegant compared to Gusion and certainly differs greatly from the fierce Hanzo.

He uses the blue sword as his main weapon and is said to have steps that cannot be heard at all.

But do not be fooled by his elegant appearance, friends, the problem Assassin This new one has a very painful sting. 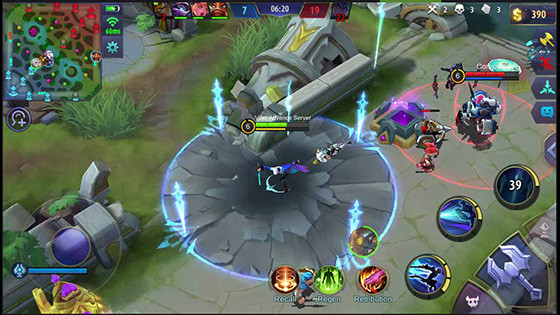 Ling not only has a unique set of skills, friendss, but he will also force you to overhaul your thoughts about Mobile Legends.

At first glance, Ling is similar to Fanny which uses walls in Mobile Legends as elements of the game. But, Ling is even more excited, friends.

The following is a list of Ling skills along with a brief explanation.

Ling’s expertise in moving enables him to jump from wall to wall. Instead where, Ling needs Lightness to be able to use skills.

Ling uses Lightness point to jump on the wall. While on the wall, Ling can jump to the other wall without cooldown until it returns to the ground.

Ling attacks in one direction and stabs at opponents who are around with critical chance higher than ordinary attacks.

If used when Ling is on a wall, this skill will deal damage area of ​​effect (AoE) and can reduce movement speed opponent.

Ling will jump up and lower the sword to the ground that will cause Gosh damage for a few moments.

In this period, Ling can move freely and will not take damage from your opponent for 2.5 seconds.

Ultimate Skill this will also bring up 4 swords around Gosh which when taken will reset cooldown skill 2 and give 5 Lightness points. 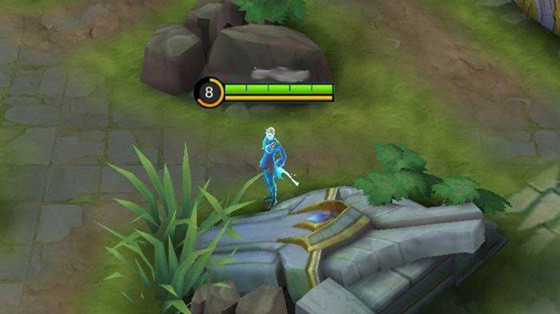 If you want to use Ling, get ready to get acquainted with the wall, friends, because that wall is a true friend Assassin this blue one.

With specialty Burst Damage and ReapLing is most effective in utilizing his skill 2 and damage critical to kill an opponent quickly.

Skill 2 Ling has cooldown which is very short in 2.5 seconds that you can combine with skill 1 and the wall to kill enemies who try to escape.

In addition, when Ling is on the wall, only a few heroes can hit Ling so skill 1 can also be used for survival.

When dealing with multiple enemies or tank, Ling can use ultimate skill and continued with spam skill 2. 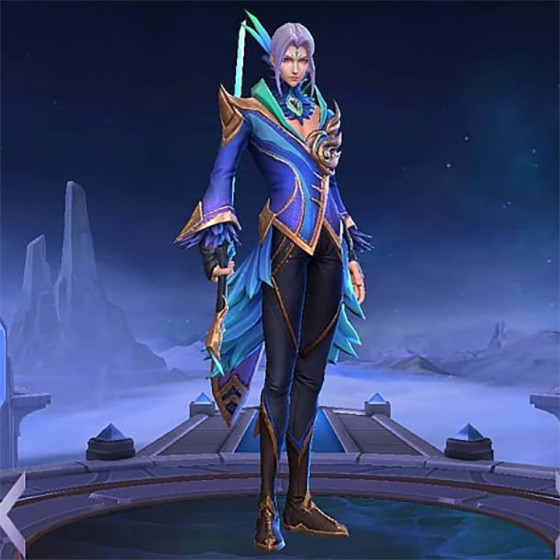 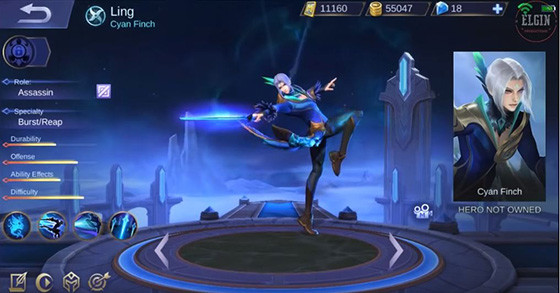 Ability parkour owned by Ling is indeed a huge plus, friends, but Ling still has some shortcomings that ApkVenue will discuss here.

Ability parkour Ling has is interesting, a friends, but a necessity lightness point which is not small makes the 1 Ling skill cannot be used arbitrarily.

Even though he looks easier to use than Fanny, he was more energy-intensive, so actually playing as Ling needed more thought.

What do you think about Assassin new this one, friends? Do you think? overpowered? Share in the comments column, friends!