Not long ago, on social media like Twitter, the call is rife to boycott game companies Blizzard headquartered in the United States.

Hashtag #BoycottBlizzard very much scattered on the timeline. Even, hashtag this could be trending all over the world, you know, friends.

Come to think of it, Blizzard is a gaming company that creates lots of cool games. Just say it Diablo , World of Warcraft, Overwatch, and many more.

Not curious, anyway, with the reason why many people who suddenly hate, even boycotting Blizzard? Immediately, check the following ApkVenue article, friends.

The main reason why many people boycott Blizzard is because it banned a professional eSports athlete Hearthstone from Hong Kong.

The eSports athlete is named Ng Wai Chung Blizzard was banned immediately after voicing his opinion about Hong Kong’s independence when interviewed in the match he participated in.

Conflict Between China and Hong Kong 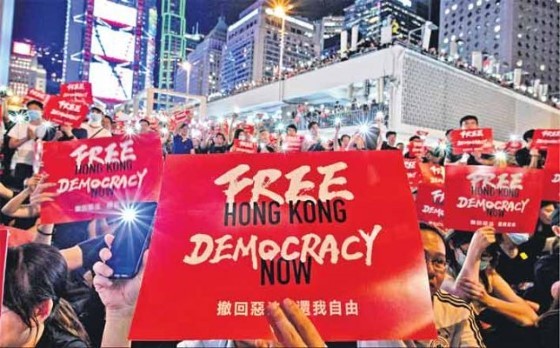 Before discussing more about this controversy, it’s good you know what the motivation of Ng Wai Chung who has the nickname blitzchung.

As we know, currently the political conditions in China and Hong Kong are heating up. Many Hong Kong citizens protest to the streets to get their independence from China.

In 1856 it happened Opium War between Britain and France against the Qing empire of China. The war which ended in 1860 was finally won by the British.

In 1997, Britain returned Hong Kong to China. Even so, Hong Kong, which has become a comfortable British colony, does not want to reunite with China.

Democracy in Hong Kong and Communism in China cannot be fused. Especially when China made a policy that allows Hong Kong citizens to be extradited to China over legal issues.

Hong Kong residents who do not like the policy demonstrate and ask for independence. The brutal actions of law enforcement have made many people sympathize with Hong Kong’s independence.

Blizzard which incidentally is a United States company, apparently has a special relationship with the Chinese government.

Tencent, a gaming company from China, owns 5% of Blizzard shares so that it has a voice in determining Blizzard’s business going forward.

In addition, China is also one of the biggest countries that are consumers of Blizzard. Based on Blizzard’s financial statements, 12% Blizzard market is a region Asia Pacific, including China.

In a way, Blizzard’s most likely banned Chung was because Blizzard was afraid of losing his market in China. Tight censorship in China makes Blizzard must be careful.

This is contrary to Blizzard’s statement that banned Chung for violating competition rules. Wow, getting caught. 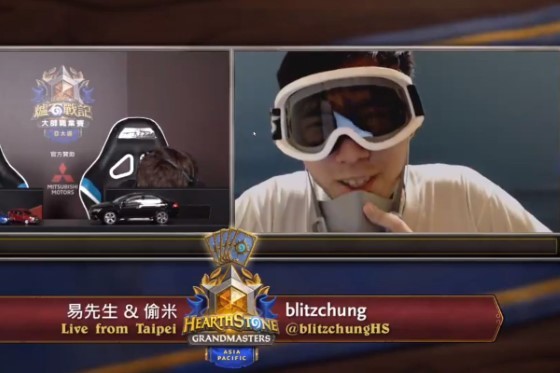 This incident occurred on October 6, 2019 then. At that time, the match was being held Hearthstone Grandmaster which was won by Ng Wai “blitzchung” Chung.

Chung was then interviewed live by 2 people caster, i.e. Virtual and Mr. Yee. In the interview, Chung used a gas mask & glasses.

The gas masks and goggles are Chung’s allusion to Chinese policy that prohibits the use of masks or masks to Hong Kong citizens.

In addition, Chung also called for sentences to liberate Hong Kong. Shortly after the incident, the competition that was broadcast live streaming was immediately interrupted.

Chung immediately banned for 12 months and not entitled to any prize from the competition he just won.

Not only Chung, reportedly the two casters who interviewed Chung were also immediately terminated by Blizzard.

The Result Received by Blizzard 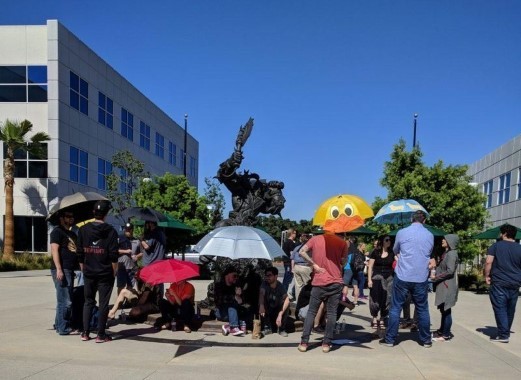 The unfair decision has an impact on Blizzard. Pro players, casters, game industry activists, gamers, and even advocates unite to attack Blizzard.

The Hearthstone and Blizzard communities on the Reddit forum compactly boycotted Blizzard and Hearthstone. Because of the negative comments, the two subredits were temporarily closed by the moderator.

Not only that, many Hearthstone players on Reddit immediately retired from this game. In fact, on Google had trending about how to delete an account Battle.net.

Apparently, not all Blizzard employees agree with Blizzard’s decision, friends. Many employees protested the policy by going on strike.

Blizzard employees are busy using umbrellas as an act of solidarity. The umbrella is a tool used by Hong Kong residents to ward off tear gas and surveillance cameras.

Thus ApkVenue’s article about the reasons why many people suddenly boycotted Blizzard. In your opinion, is Blizzard doing right, friends?

Write your answer and reason in the comments column, yeah. See you in another interesting article ApkVenue!