ApkVenue
Not necessarily satisfied with what he has at this time, here are the latest Google applications that were recently released to the public.

Even so, but that does not necessarily make Google satisfied and stop producing other cool and useful applications.

The proof, Google recently released several new applications made by them to the public.

Latest Application Made by Google

No less useful than Google applications that exist today, here are some of the latest applications released by Google recently.

Shhh! Many of them can help you to be more balanced in using technology devices you know!

The first application that was recently released by Google is Unlock Clock which is the application Digital Wellbeing Experiments.

Unlock Clock itself functions to help users find a better balance in the use of technology.

This application will count the number of times you unlock your smartphone in a day and will be displayed in a form live wallpaper.

Until now, the Unlock Lock application itself has been downloaded by more than 100 thousand users since its release last October.

Want quality time Are you with your loved ones not bothered by the temptations of various interesting things that are on the cellphone? if so you should try this one Google-made application.

We flip itself actually offers functions that are not much different from previous applications, namely as a platform Digital Wellbeing.

However, this application is designed to be used in groups so that the time you spend with your loved ones can be more quality.

To use it, each user must have the We Flip application and enter a “session” by connecting to it using Bluetoth.

After the control button is activated, their cell phone will automatically switch to mode Don’t Disturb.

Then when one user unlocks their cellphone, the session will end and the application will display statistics on how long the user can stay away from their cellphone.

Although it has not yet received a rating from the user, hopefully this We Flip application does not have the same fate as other Google products that are forced to retire.

As the name implies, the application Post Box this is almost similar to the function of a post office box in real life which is to hold all the information addressed to its users.

This application itself can help users minimize notification interruptions on the HP up to a predetermined time.

So, after the time duration is set, this application will hold all incoming notifications so that the user will not be arrested.distract to keep checking HP at any time.

Interestingly, this application will manage all notifications that come in neatly and in an organized manner so that you won’t get dizzy when looking at it.

Offering functions that are no less interesting than previous applications, Morph is one of Google’s products that can help users stay focused.

This application allows you to create several modes such as work, vacation, etc. complete with clock and any application that can be used while the mode is being used.

That way, when you are in work mode, you will still be able to focus because only certain selected applications can be used.

This application is really suitable, friends, for those of you who can’t stand the poke of time to play social media or even games at work.

Somewhat similar to the previous application, Desert island is an application that can help users to find focus when using their mobile phones.

Not just to help users focus, this application also indirectly challenges you to only use important applications that have been selected for a 24 hour duration.

After the specified time is up, this application will display the number of times you open the applications and how many times you try to open other applications. 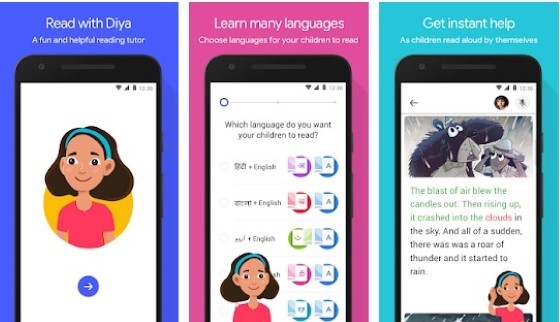 Offers functions that are far different from previous applications, Bolo is an application designed to help improve reading skills for elementary school children.

Not only provides a variety of writings to read, this application also provides a fun reading tutor named Diya.

Supported by speech technology such as those in the Google Assistant service, this application allows your younger sibling or even your child to learn to read.

Not only that, this application also provides a variety of reading material in various languages ​​ranging from English, Spanish, to Portuguese.

Well, that was some of the latest applications that were recently released by Google.

Of the six applications above, five of them are applications Digital Wellbeing which is trying to be developed by Google to provide a balance of technology usage for users.