ApkVenue
On a laptop using Google Chrome and want to use the VPN extension? Check out the recommendations of the best Chrome VPN extension version of ApkVenue!

Need a VPN but don’t want to install the software because the laptop’s memory is full of Korean anime and drama collections?

Relax, ApkVenue has a solution for you. Instead of having to bother installing the software, you should install the VPN extension in your browser.

This time, ApkVenue will give you some recommendations the best Chrome VPN extension 2020 which can make the internet more fast!

Why Use Chrome VPN Extension? 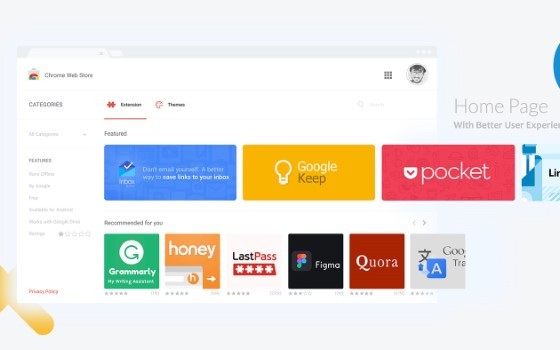 The main purpose of having a VPN extension in Chrome is to keep you anonymous and protected from digital criminals.

Isn’t there an Incognito Mode? Indeed, this mode can make you seem anonymous, it’s just that the information you enter / release can still be detected by outsiders.

VPN extensions too lighter and not consuming resource too many systems. “Bonuses” that you can get include ad blocking.

Most VPN extensions on this list only work as proxy or just influence traffic which passes through Chrome.

This extension only works when you use Chrome, so your network is not completely secure. The level of encryption is usually limited to using the SOCKS and HTTP / HTTPS protocols.

The first VPN extension that ApkVenue will recommend for you is ZenMate Free VPN because the speed is quite satisfying and stable.

As a VPN extension for Chrome, many consider that ZenMate is one of the best because of the various features it has.

One of the unique features possessed by Chrome free VPN is SmartPrice. When you will shop online, you will get a price comparison of other relevant products.

You can only use all of its premium features for free for one week. Even so, the free version is enough for you to use. 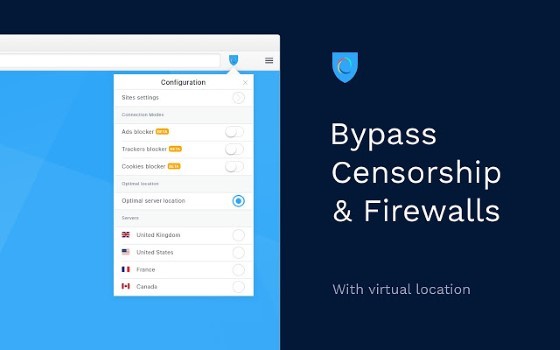 Legendary VPN, Hotspot Shield, also has a version of the Chrome extension. In a way, this extension is one of the safest to use.

Just like before, this VPN extension also has two versions, free and paid. Of course you can choose the paid version to get all the features.

If you are patient enough with its slow speed and annoying advertisements, choose the free version.

There are five server countries to choose from, namely the United States, France, Canada, Chile and Sweden. Its easy settings are suitable for you who are unfamiliar with VPN. 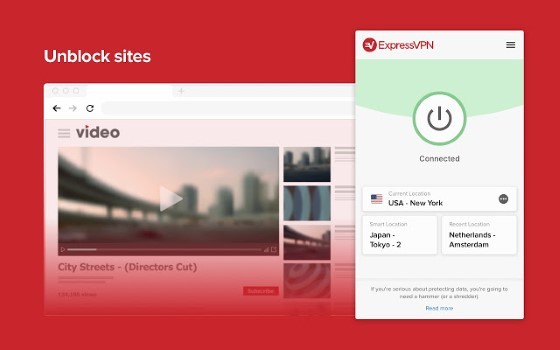 In almost every ApkVenue article related to VPN, ExpressVPN almost always there. Not because of being a sponsor of ApkVenue, but because this VPN application is considered as one of the best.

There are several settings that you can use, such as spoofing location or blocking of WebRTC.

You can use this extension to unblock for geolocation reasons. You will appear to be from another country, but remain anonymous.

The server speed is also quite good although sometimes it takes a little longer to get connected. 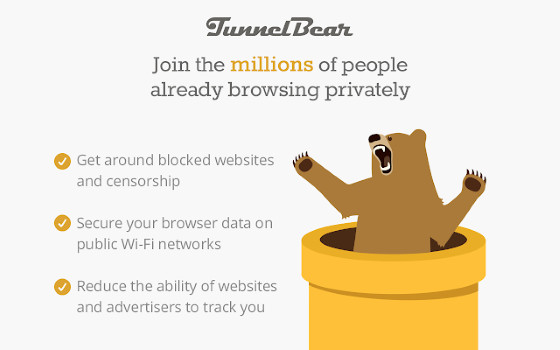 The server speed varies depending on the location we choose. There are at least 16 countries to choose from.

The biggest problem this extension has is limitations bandwidth for free version users, only 500MB per month.

This amount is for some people very less, especially if you like streamed Netflix through Chrome. 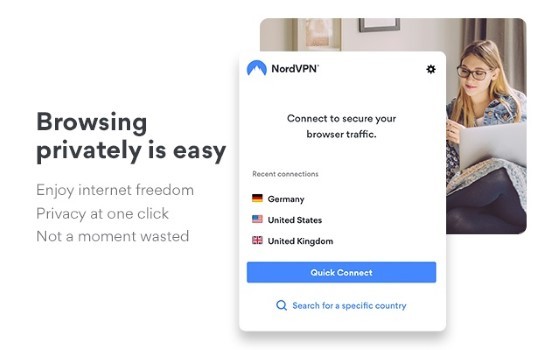 NordVPN famous for its ability to multi-platform. Being an extension of Chrome is only one of them.

The interface is concise and easy to understand. After you log in with your NordVPN account, you will immediately be connected to the best available server.

This free VPN for Chrome is also lightweight so it won’t make your laptop slow. For security, you can permanently disable WebRTC.

There is also a feature named CyberSec which functions to block advertisements and malware. There is free-trial for 30 days for you to try! 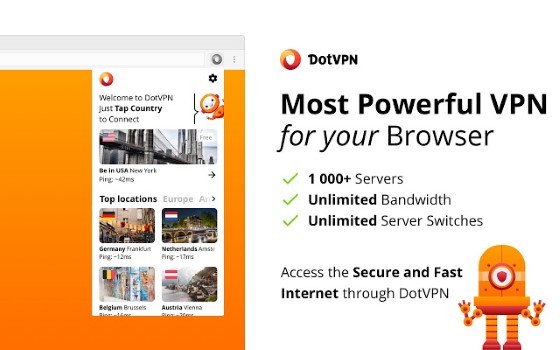 Next up there DotVPN who also often gets positive reviews from users. This extension offers bandwidth infinite.

In addition, you will also get protection cloud firewall and 4096-bit encryption. So, this extension is suitable when you are connected to a public internet network.

In addition, there are dozens of server locations that you can use, from Canada, Japan, Sweden, the United States, to England. 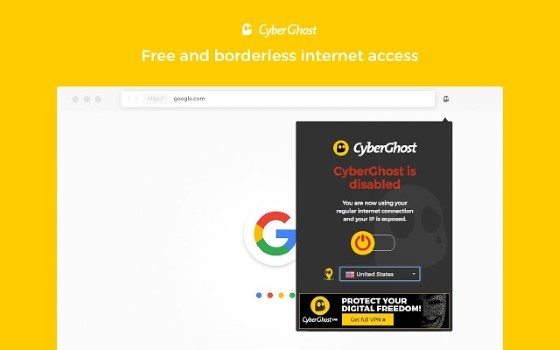 The last VPN extension that ApkVenue will recommend for you is CyberGostVPN. This extension is able to block ads, tracking by evil parties, to protect you from entering dangerous sites.

Your identity will become anonymous while browsing the internet. You can also unblock geo-locations if you want to enjoy a series of films that cannot be watched in Indonesia.

Traffic usage will be encrypted using 256-bit AES. So, you don’t need to be afraid of being hacked or your privacy data will be stolen.

That was a few recommendations about the best Chrome VPN extension 2020 that you can use to secure your privacy data.

Moreover, Chrome is dominating the browser market by controlling around 60%, leaving its competitors with a considerable distance.

Next, which browser do you want to recommend for the VPN extension? Write in the comments column, yes!