ApkVenue
Confused looking for anti-lag software to record your games? Check out ApkVenue’s article about the best game record software that you can use on a PC.

In this modern era, enjoying games no longer just means playing games like years ago. The popularity of e-sports makes these types of gamers increasingly widespread.

Many people who become connoisseurs of the game only with a quota capital, aka just watching other people live streaming or gameplay videos of the content creator.

Maybe some of you are interested in becoming live streamer or YouTuber gaming, but still confused using what software to record your game.

Don’t worry, ApkVenue will give you a solution for those of you who are looking for the best game record software. Check out this article.

The Best Game Record Software for the Windows Platform

Live streaming can actually be an option for gamers who want to share its gameplay with many people with practical and easy.

However, for live streaming, you need fast internet connection, because you have to broadcast your gameplay directly at the same time.

Bandwidth your internet will also be divided if you live streaming while playing multiplayer games. If the internet isn’t fast enough, the game might lag and your live streaming will be ugly.

The ultimate solution for you who want to share your gameplay with others is with record your gameplay. Recording gameplay does not require internet, really. OBS is the most widely used game record software because of the excellent video quality and various features.

OBS can also be used for live streaming you know, friends. This software is very multifunctional for you who want to be a live streamer as well as a content creator gaming.

OBS can record in MP4 and FLV formats whose quality is unquestionable.

In addition, OBS also utilizes GPU (Graphics Processing Unit) so that the picture quality gets better. 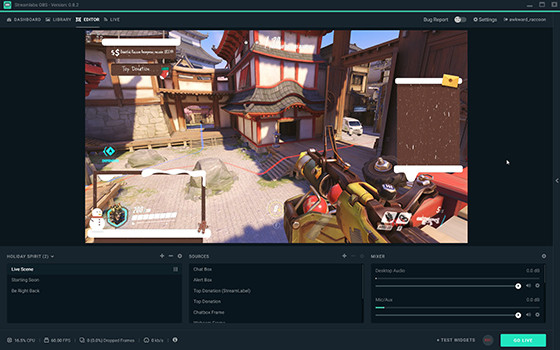 OBS Streamlabs arguably the twin of OBS. Streamlabs OBS or can be abbreviated SLOBS has features that are almost similar to OBS but not as complete as OBS.

If you want to feel features like OBS, but don’t want to bother with the UI that doesn’t user-friendly, ApkVenue recommends this software.

Although not as complete as OBS, SLOBS provides a theme template for your live streaming and recording to make it look more cool.

In addition, SLOBS also provides a donation feature that will be able to directly connect to your PayPal account.

This software is also multifunctional like OBS because it can be used to record as well as live streaming. If you want easy and practical software, you can choose SLOBS.

SLOBS will be connected to the account Streamlabs so you can import all the tools from the website without the need to copy and paste the URL. 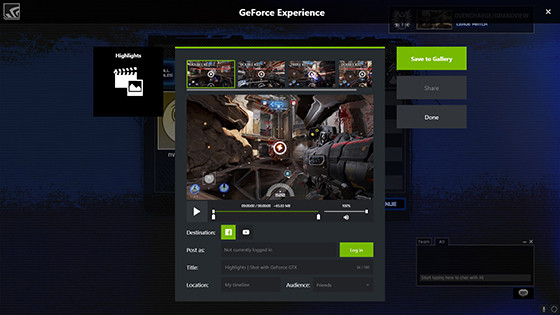 If you use Nvidia GPU, you will be told to install Nvidia GeForce Experience for the purposes of updating the latest GPU drivers and optimizing games on your PC.

Apparently, this software can also be used to record your gameplay. Certainly practical, because you no longer need to install other programs on your PC.

The feature for recording games in this software is called ShadowPlay. ShadowPlay uses the GPU to do encoding so it does not make your CPU or processor work harder.

This software will record games with the same resolution as your monitor. So, if you use a 4K monitor, then your recording will also have a 4K resolution. 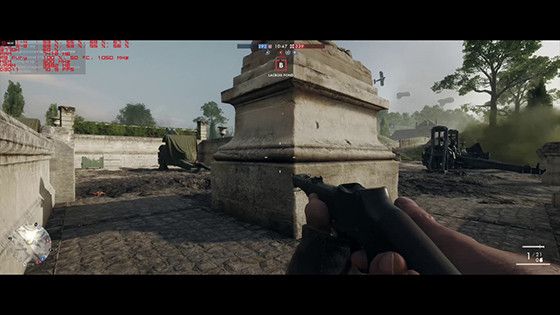 It’s not just the Nvidia GPU that has game recording software. AMD also has it. AMD ReLive is software for the default game record from AMD / Radeon GPU.

AMD ReLive uses your GPU to do it encoding so your CPU can do other things and work more easily.

You will experience a FPS drop of 5 – 10% when recording games with this application. However, there is one advantage of this software that is not owned by its rival, Nvidia.

AMD ReLive supports upscaling which can increase your recording resolution greater than the screen resolution you use.

Suppose your screen has a 2K resolution, AMD ReLive can increase your recording resolution to 4K. 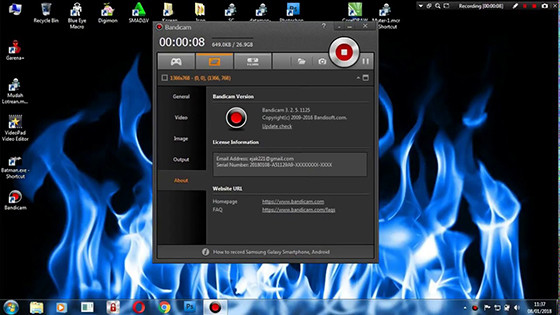 This software is also capable of recording videos with high resolution up to 4K Ultra HD. WowIt’s great.

Not only that, even though it was recorded with high quality, the recordings made by Bandicam are smaller compared to other recording applications.

Even though the recording is smaller, the recording quality doesn’t decrease. This is caused by a feature compression which have been assembled in the software. 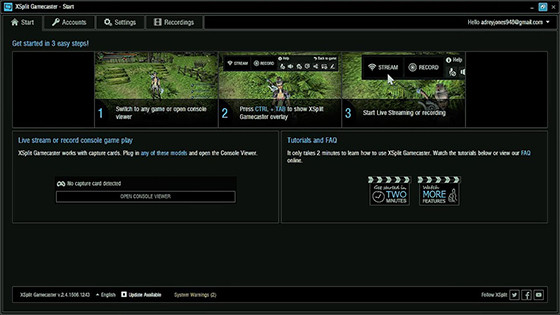 XSplit Gamecaster is one of the easiest game record software to use. Just by pressing one button, you can record your gameplay.

This software can also be used for live streaming too. While diving drinking water anyway, anyway.

Recording with this software is simple because you just press the record button and XSplit will configure the best settings for your PC.

XSplit software has a built-in video editing feature. So, you can directly edit your recordings in the same application.

Thus ApkVenue’s article about 6 of the best game record software without lag you can use. Hopefully this article can help you who want to be content creator gaming, friends