Your laptop is attacked by a virus or just in case? Overcome with the following best free PC antivirus application! (Plus the download link!)

Worried that your PC device has been attacked by dangerous viruses and malware? Then, it’s better to use PC antivirus application alone.

The increasing number of computer viruses that threaten the security of users’ data makes antivirus applications one of the most anticipatory steps in use today.

Unfortunately, of the many antivirus applications available on the market today, not all of them offer free or free access.

But, take it easy. Because in this article ApkVenue will give you some recommendations for the best free PC antivirus application that is worthy of you to try.

Well, for those of you who want to download PC antivirus for free and the best but don’t know what to choose, here is ApkVenue, giving his recommendations! 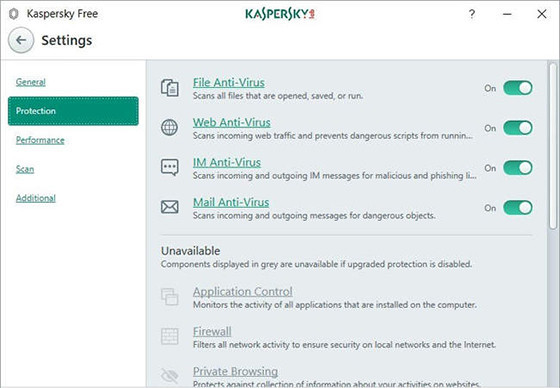 The popularity of the Kaspersky Security Cloud Free application itself cannot be separated from the variety of the best features it offers Password Management, Core Protection, to features Secure Connection (VPN).

Not only that, this antivirus application also has a UI that is simple and easy to use. 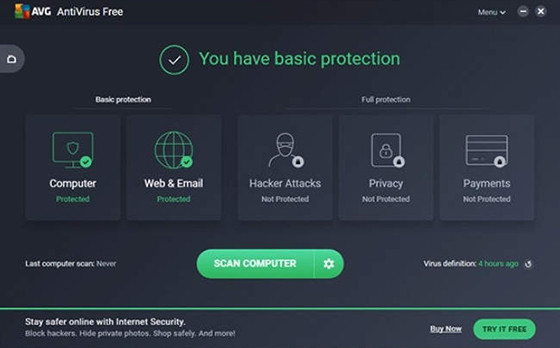 Want to download the best other free laptop antivirus? Then, application AVG Free Antivirus might be your consideration.

Avast Software was officially acquired in September 2016, AVG Free Antivirus This is increasingly developing with various features such as Web Protection to monitor and protect browsing activity, and features Real-time Security Updates.

Not only that, AVG Free Antivirus has also become one of the best and lightweight antivirus applications that won’t make your laptop’s performance slow down. 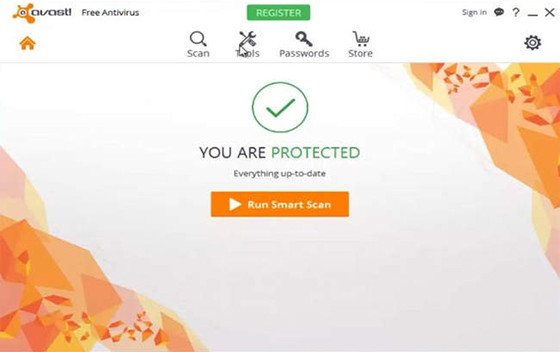 Avast Free Antivirus is one of the most popular antivirus because it is proven capable of “healing” PCs from various malware to attacks hacker.

Some of the features offered by this application include CyberCapture to clear the virus threat as well WiFi Inspector to secure a WiFi network.

In addition, there are also features Smart Scan which serves to detect security threats, Game Mode which controls notifications, and Behavior Shield as an application supervisor. 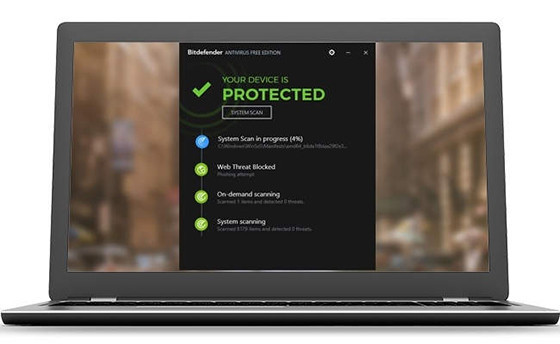 Not much different from Avast, the antivirus developed by Romanian origin company also has various powerful features to protect computer and laptop devices from various viruses, friends.

Features that are owned Bitfender Antivirus Free Edition among others On-demand Virus Scanning to destroy various types of viruses, Anti-phishing to protect accounts, Behavorial Detection to monitor applications, and much more.

However, one of the most important features of all is Anti-fraud which serves to oversee the sites that you visit. 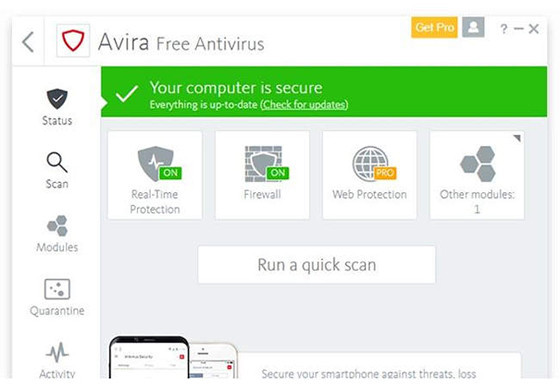 So one of the oldest antivirus, Avira has been around since 1986. It is famous for its solid performance as well user interface good, this antivirus is one that is widely used by PC or laptop users.

To PUA Shield which functions as an antidote to dangerous applications, aka virus-prone. 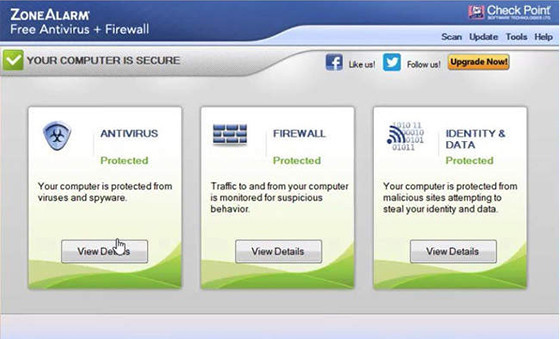 Only available for PC users with Windows operating systems, ZoneAlarm Free Antivirus offers a variety of attractive protection features that are not inferior to paid antivirus, friends.

Some of the best features it offers are Personal Firewall to make your PC undetected by hackers, Real-Time Security Updates so that the PC is always protected, up to Gamer Mode for gaming activities without interruption.

Interestingly all these features you can enjoy for free or free. 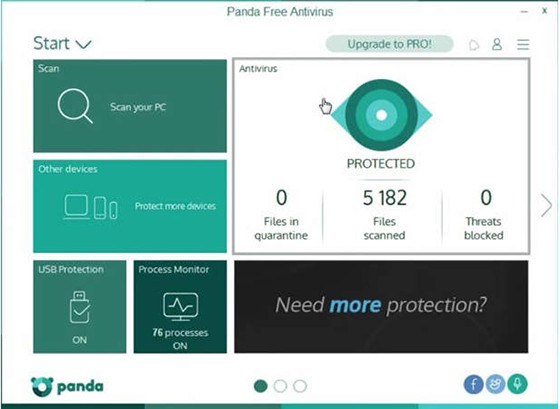 Antivirus with the name of a cute animal from China is one of the lightest antivirus to use.

Even so, Panda Free Antivirus also has features that can’t be said to be “light”.

These features include Real-time Updates, USB Protection to monitor USB devices connected to PCs, and much more. 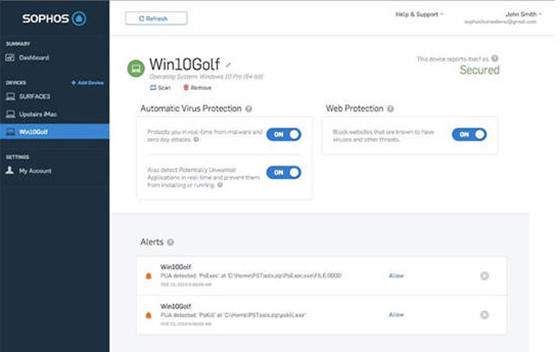 Still haven’t found a free PC antivirus application that matches your needs? If so, you can download a PC antivirus called Sophos Home Here.

Also known as one of the best antivirus in its class, Sophos Home is able to eradicate almost all types of virus threats that might harm your device.

In addition, this application has also been equipped with various protection features such as Predictive AI Threat Detection to identify and block new malware, Parental Website Filtering to control content for children, and more. 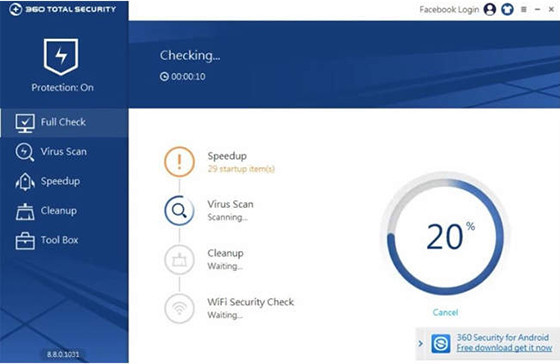 Known as one of the most complete and most complete PC antivirus applications, 360 Total Security maybe it could be an alternative for you to use.

Some features provided by this application for example Realtime Detection, Document Protector, Intelligent Blocking, and various other features that are guaranteed to make your computer or laptop more secure.

Although not as popular as Avast and other antivirus applications, but this application is reported to have protected more than 687 thousand users worldwide. 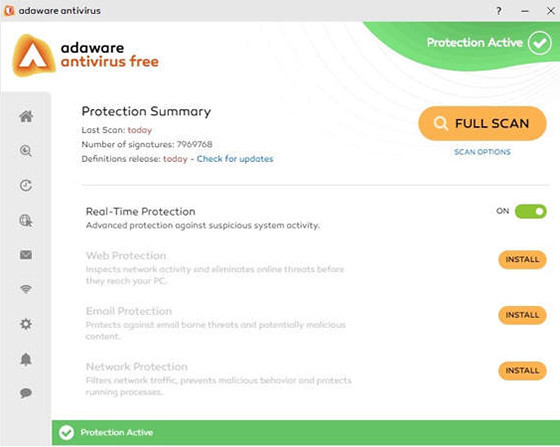 After passing the process rebranding, Adaware Antivirus 12 finally comes as one of the best antivirus options that you deserve to use.

This application comes with various security features such as Real-Time Protection, Web Protection, Emai Protection, Parental Control, and several other features that are not less useful.

Unfortunately, this application is only available for laptops with the Windows operating system only, so for Apple laptop users have to look for alternatives to other free PC antivirus applications.

Now that’s some recommendations for the best free PC antivirus application in 2020 that you deserve to install and use.

By having the right antivirus and as needed, of course your PC or laptop device is guaranteed to be safer from the risk of virus and malware attacks.