ApkVenue
Do you want to open a blocked site or application? Well, you can use the best VPN application recommendations and block blocking in 2019 (100% works).

Although in the midst of the incessant promotion of the Positive Internet campaign, according to ApkVenue there are still a number of useful sites that have been blocked too, for example, Reddit.

But take it easy, you can still access this blocked site easily, you know.

Indeed, in using VPN applications that will be reviewed this time you must be wise. Don’t use it to access negative content, but just look for positive-positive things.

Instead of dizzy you choose which application is the best, in this article ApkVenue will give you a number the best VPN application 2020 that ApkVenue has used and has good reviews on Google Play.

But before, for those of you who don’t understand the concept and use of VPN, you can first read the article below.

First and for you to try is an application called Turbo VPN.

The most popular VPN application with the running rabbit logo has proven to be effective in accessing various websites blocked by the government, the gang.

Many consider that this application is the best VPN application for Netflix because it provides a special server to access the streaming site.

In addition, Turbo VPN is claimed to have high speed, you can use 100% free, and also supports WiFi, 4G LTE, 3G, and other data networks. 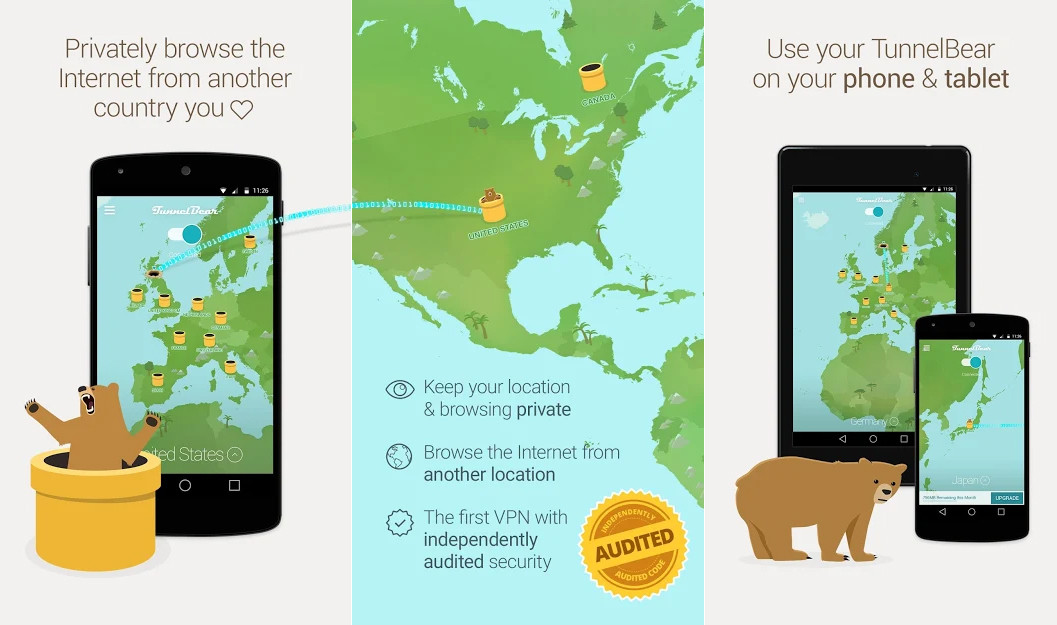 If you previously had the logo of a rabbit, it’s different from TunnelBear VPN which as the name implies has an icon of a bear, you know.

VPN application that is famous for cross the platform, from Android phones, iOS, macOS, to Windows, it is known for its stability and internet speed. 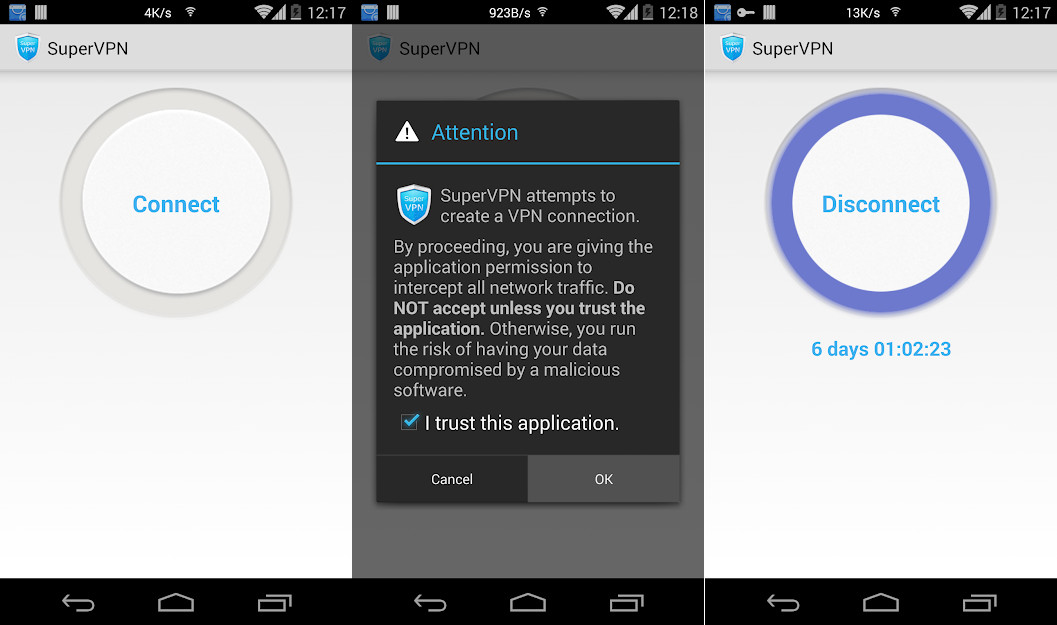 Not only can you use it for free, SuperVPN Free VPN Client also offers a variety of superior features in an application only.

This super VPN offers privacy protection as long as you open blocked sites.

To use it, you don’t need registration, no restrictions bandwidth, and also doesn’t need an Android cellphone already root Next, there is Thunder VPN which seems to have competed not long ago in the midst of other free VPN applications.

With the tagline “As Fast As Lightning”, Thunder VPN offers a stable internet speed supported by servers that are classified as very much.

Moreover, according to some users of the free Indonesian VPN application, this is a quota saver and certainly very suitable for the quota.

Do you know the term DNS 1.1.1.1? Well, before that ApkVenue had discussed how to speed up the internet with DNS 1.1.1.1 for Windows and Android too.

Now you don’t have to bother setting manually, the problem is the developer, Cloudflare, has provided an application that will facilitate you.

VPN 1.1.1.1 claimed to be able to increase internet speed by an average of 28% when compared to the default DNS settings. For you who are curious, you can try it right away! 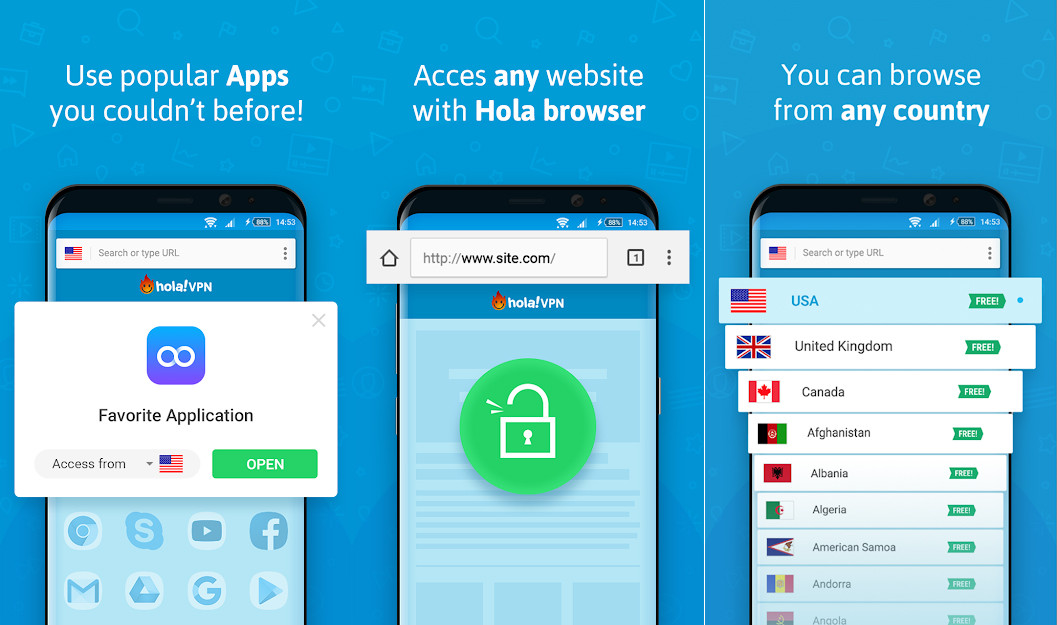 Hola Free VPN Proxy originally constituted software and extensions that you can use in the application the browser on a PC or laptop.

Exploring to the Android line, of course you don’t need to doubt the quality of the best VPN Hola application on this one.

Just like the PC version, Android version of Hola also provides various advantages, ranging from a fast VPN connection, can switch countries easily, and most importantly can be used free of charge. 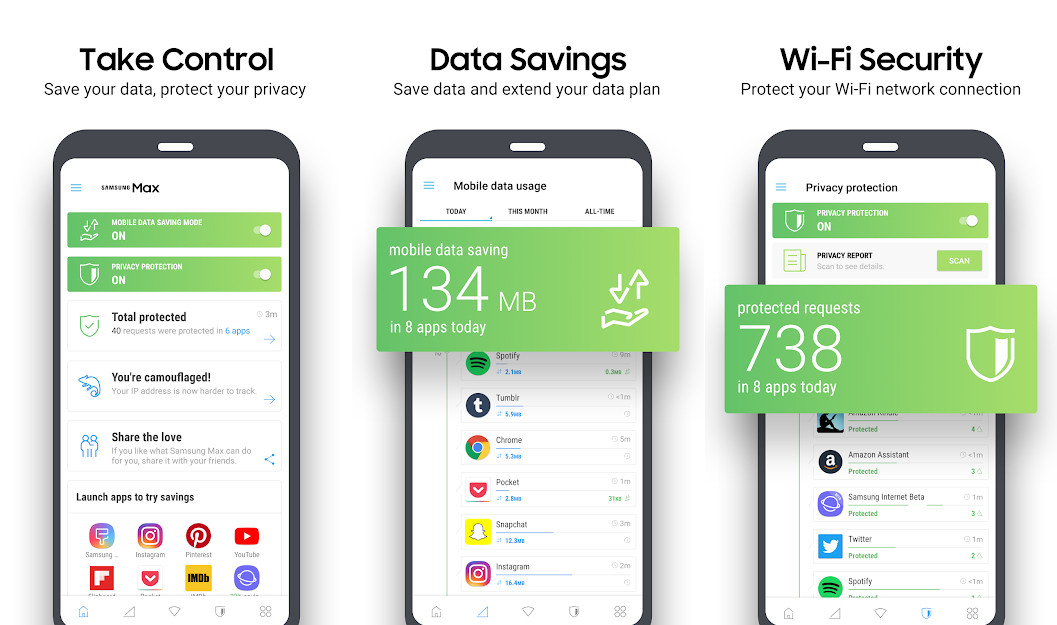 Especially for Samsung Galaxy HP users seriesYou can also try the application called Samsung Max as the Android VPN application of your choice.

Applications that are directly made by Samsung offer a variety of premium features, starting from Privacy Protection to Cellular Power Saving Mode.

Samsung Max is generally already the default application on Samsung mobile phones. If not, you can also get it via Galaxy Store and Google Play.

Then there is the application called VPN Master which you can try on your Android cellphone.

The application also developed by the developer Innovative Connecting this you can use for free and provides a number of excellent features.

Starting from fast and easy to use, to the choice of servers in up to 20 countries with no restrictions on opening blocked sites.

You can get the APK opening forbidden sites via the link below the table! 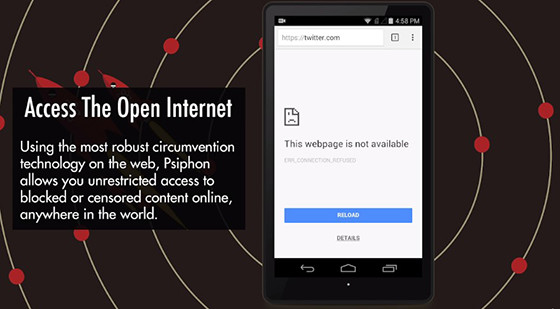 Then there Psiphon Pro, which is also one of the Android VPN applications that you can count on.

Besides its use is classified as very easy, Psiphon Pro is also known to be fierce when it has to open protection from sites that are blocked by the government.

More value from this application is also free and has a fast connection, so ApkVenue doesn’t hesitate to put it in this list.

Download Psiphon Pro at the link below: Psiphon for Android 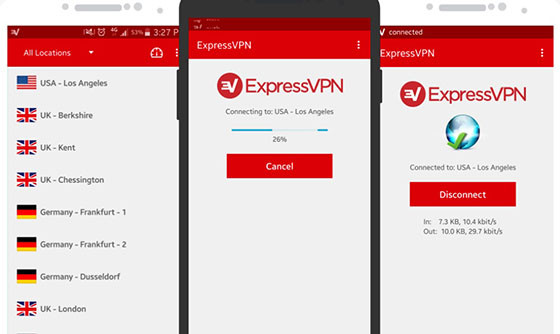 With a choice of 3,000 servers spread across 94 countries, ExpressVPN offers a number of choices that are rarely seen in its competitors.

In addition, the number of servers can also help maintain the level of server capacity and ensure you get the optimal speed!

So, it’s not wrong if ApkVenue has been named as one of the best paid VPN applications based on these features. You can get a free VPN Express APK via the link below the table! 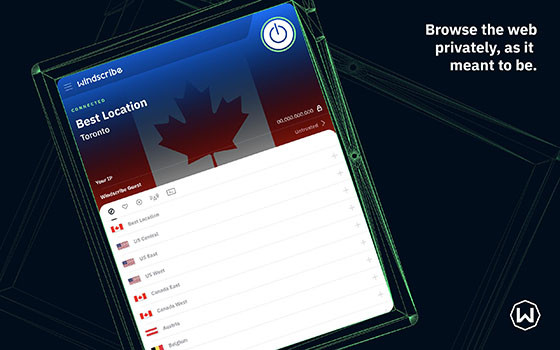 VPN application Windscribe is an application that proves that free services don’t have to be bad forever!

Without having to pay a dime, users can get a quota 10GB every month.

Of course you have to register if you want to use this service but it’s better than having to spend money right? Well, Speedify Try to solve the problem by guaranteeing a speed comparable to your internet speed!

Unfortunately, you only get a quota 5GB every month but Speedify remains the best free Android VPN application if you need high speed. Claimed as a VPN application that is 100% free, VPN Robot will give you unlimited internet speeding speed bandwidth.

You can unblock sites, watch movies on Netflix, protect the security of WiFi hotspots, to protect your privacy data that is always prone to being hacked in cyberspace.

There are thousands of servers available to make sure you will get the best. Its location is spread throughout the world to 61 countries. For Indonesia, it is recommended to use Singapore VPN. 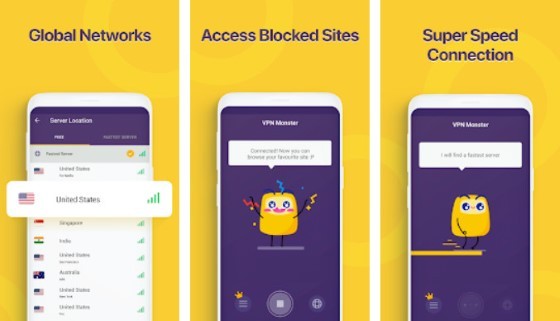 Another free VPN application that can be an alternative is Monster VPN. Just like before, this application is also claimed to be 100% free. You can access blocked sites while maintaining privacy security.

But you need to know that this application is not available in mainland China on the basis of policy. So, if you are in the country, you will not be able to use this application. If you are looking for a special VPN application to play the Mobile Legends game, ApkVenue recommends that you download the application Legend Mobile VPN this one!

With this application, you can try playing Mobile Legends with a different server. You can search for countries with players noob so that auto win.

In addition, with this application your internet network will be more stable, so it is likely you lagging will get smaller.

Download VPN Monster at the link below: Legend Mobile VPN

Well, that’s a number of recommendations for the best free and anti-blocking VPN applications for Android users and devices mobile the other.

Remember, use the VPN application as wisely as possible, don’t expose negative content, and of course understand the risks of using it.