Who of you likes music? ApkVenue sure everyone will answer like that, right? In this day and age, music is like a basic necessity that is able to entertain its listeners.

So do not be surprised if there are currently a lot of streaming music applications released in application stores.

Especially at this time music has also been present in a variety of genres that can be tailored to your individual tastes.

However, for those of you who are truly music lovers, there is sometimes a desire to create a song that is being listened to make it even better.

Well, if you are one of them, in this article ApkVenue will discuss a few the best song editing application that can make it happen. Come on, just refer to the full article below!

If in the past the activity of editing songs can only be done by professional people using special tools, now it can be done by everyone including you.

You also don’t need an 8GB RAM laptop or other advanced specifications because all you need is an Android phone and a song editing application.

Well, for you who want to download the Android HP song editing application, here are some of the best recommendations. The first best song editing application is Timbre made by developer Xeus which has been downloaded by more than 1 million users.

Through this application you can cut, merge, to do convert audio and even video so easily that you no longer need to download the video converter application separately.

Not only that, but Timbre is also equipped with an audio/video speed changer features that will greatly help you when editing songs.

Anyway, for you who are looking for a song and video editing applications, this Timbre application is really worthy of you to use! 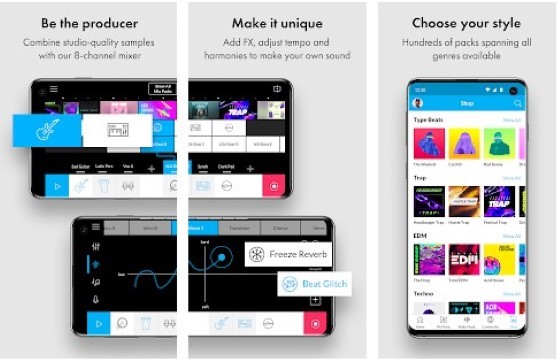 Looking for a song mix application on Android that offers complete features? Then just try downloading the application called Music Maker CLOCK this!

This application allows you to create, edit, share, and find a variety of cool music from various genres.

In addition, this application also provides more than 300 Mix Packs with over 100,000 library loops, as well as 8 channel mixers that you can use.

With a variety of complete and interesting features, the JAM Music Maker application is indeed a bit difficult to operate by beginners.

Not happy with slow songs that make you sleepy or just the opposite? Do you want to edit it according to your taste? Can!

With the help of a song editing application named Music Speed ​​Changer, you can change the speed of a song to suit your taste in music.

Not only it can accelerate or slow down the speed of the song, this application also provides a variety of other interesting supporting features that can make the edited song better.

There is also an equalizer feature that functions to control the balance of the audio being edited.

Unfortunately, according to some users this application still has a bug where the saved song files are sometimes not stored in full alias. 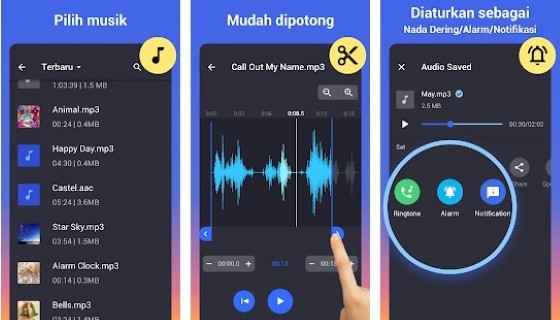 Developed by developer InShot Inc., MP3 Cutter and Ringtone Maker is a recommendation for the best song editing applicaiton for the next Android phone.

This application, which has been downloaded by more than 10 million users, allows you to cut or mix the best parts of a song to suit what you want.

In addition, for those of you who are looking for an application that combines songs, you can also use MP3 Cutter and Ringtone Maker to combine several songs into one.

Not to mention a variety of other interesting features and simple appearance that will not confuse users into other advantages offered by this one song editing application. 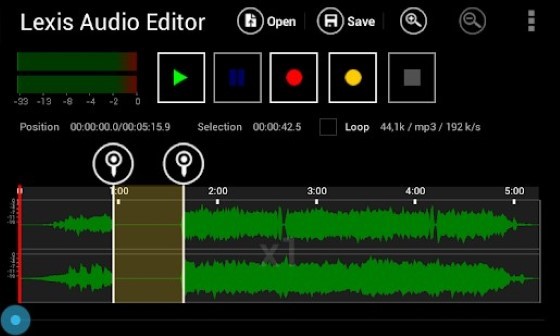 The next best song editing application for Android is the Lexis Audio Editor by Pamsys developer.

This application provides various useful tools for editing songs such as cut, copy, paste, noise reduction, trim, silence insert, fade in, fade out, and many others.

In addition, Lexis Audio Editor also allows you to change the tempo, speed, to pitch the song according to taste.

However, some features provided by this application unfortunately can only be used after you buy it. 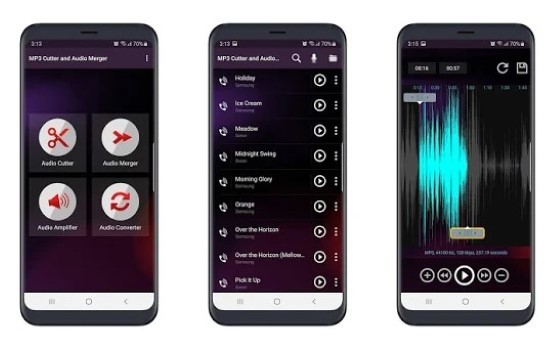 Lazy to edit songs online because of its very limited features? Then just download the application called MP3 Cutter and Audio Manager.

Supporting various file formats such as MP3, WAV, ACC / MP4, 3GPP / AMRR, and OGG, this application made by developer Clogica can not only be used to cut songs, but also other editing functions that are no less useful.

You can combine a number of songs into one, make audio recordings for editing, and many others.

Interestingly, the UI of this application is made as simple as possible so as not to confuse its users. 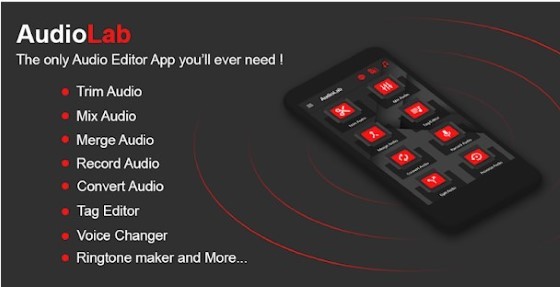 Still haven’t found a song editing application that matches your needs and abilities? In that case maybe this AudioLab  application could be another alternative.

Claimed to be the most advanced, modern, fast, and professional, AudioLab offers a variety of features that you need to edit songs.

These features such as cut, merge, record audio, change format, change tempo and speed, and others.

Interestingly, this one song editing application is also equipped with a voice changer feature that you can use to make funny ringtones. 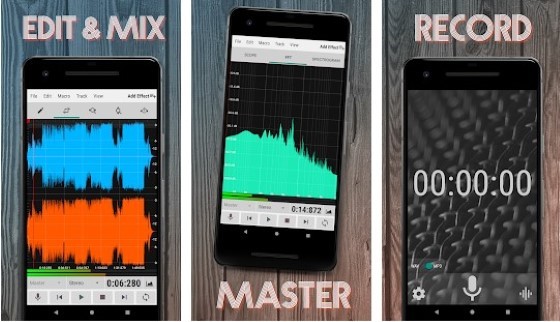 The next song editing application is WaveEditor for Android Audio Recorder & Editor which has been downloaded by more than 1 million users in the Play Store app store.

Is one of the professional song editing applications, WaveEditor is equipped with a lot of interesting features that can help you while in the editing process.

Some of the features it offers such as multi-track mixing and editing, zooming in, panning, amplitude meter, auto pitch tune effect, and others.

Not only that, this application also provides more than 20 tune effects which unfortunately some of them can only be enjoyed by users of the paid version only. 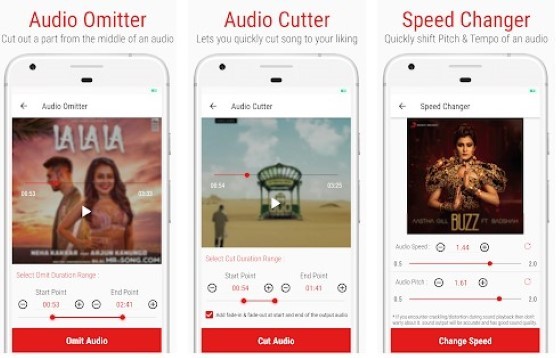 Equipped with best features and a cean and simple appearance, Mstudio is the next song editing application that you deserve to consider.

Not only that, Mstudio also allows you to change tempo, pitch, mute audio, and record audio with high quality.

With this application you might also not need a song download application because you can create it yourself according to taste. 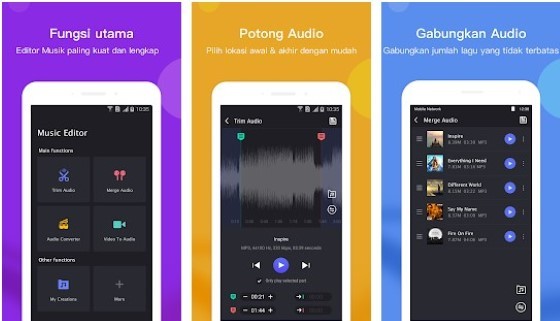 The last song editing application is Music Editor made by Pony Mobile.

As the name implies, this application allows you to edit the songs that you have by using the mainstay features offered in it.

In addition to cutting songs, through this application you can also create your own ringtones, alarm tones, and even WhatsApp message notification tones.

Not only that, Music Editor also provides audio compress, split audio, and volume booster features that are quite crucial in the song editing process.

Well, those are some of the best song editing applications for Android that you can use right now.

With the help of the above applications, now the songs you hear can be transformed into better ones as desired.