One of the advantages of the Android operating system is that customization is very easy to install applications launcher.

However, many of them have the usual look, minimal features, but heavy when run, and wasteful of batteries.

Well, if you’re looking for a launcher application for Android phones, ApkVenue has his recommendations.

Guaranteed the best Android launcher application This is not wasteful of batteries, lightweight, and certainly looks really cool!

With a very small file size, Zero Launcher is an application launcher the lightest on Android.

With a simple and neat appearance, the application launcher This lightweight also has a variety of cool features, such as RAM booster and application lock.

If you want your Android to be lighter, download it Zero Launcher now also below.

Application launcher lightweight with this unique look of choice for Android users around the world.

It looks simple and neat. Its use is also easy and does not require complicated settings.

In addition, with features Clean Memory and Battery Saver hers, APUS Launcher deserves to be considered as an application launcher the best, lightest, and battery saving on Android.

Discard immediately launcher default on your Android smartphone, and use it APUS Launcher which you can download below.

Many people want to change the look of an Android smartphone with that style “I AM SO MUCH”. But confused how?

Relax, with the application called Themer, you can make your Android even cooler with a display that you can choose based on your character. 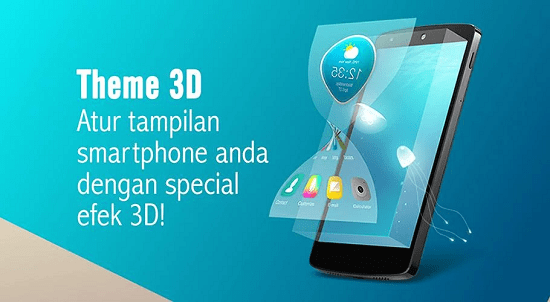 One application launcher which has long been famous for its lightweight performance Hola Launcher.

Beautiful and cool appearance, and the many advanced features that are embedded do not make launcher it gets heavy.

Even the file size is really small, so it’s not wasteful of RAM and internal memory.

Want to have launcher Android with a cool appearance but doesn’t make your smartphone heavy, just download it Hola Launcher below this. 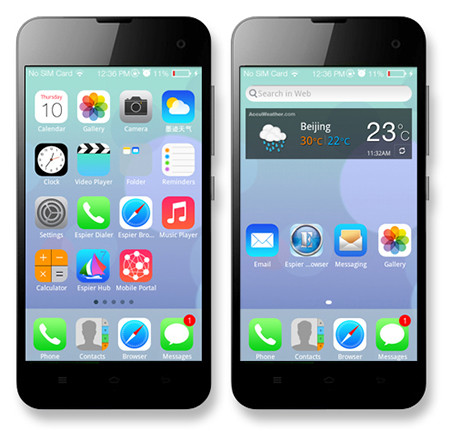 Change the look of Android to be like an iPhone is not impossible. In fact you could say very easy.

You can just replace launcher you with Espier Launcher 7 which has a similar appearance to the iPhone.

Launcher Espier Launcher 7 This makes your Android not inferior to the Apple iPhone. Download immediately below. 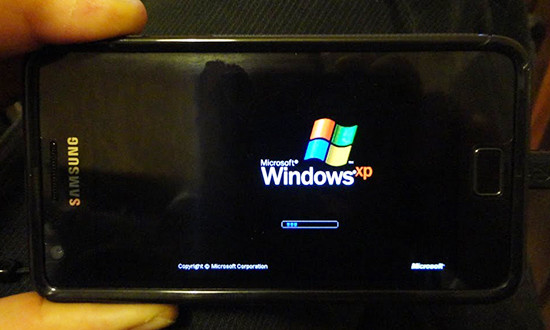 Not only launcher usual, with XP Mod Launcher this, you can install Windows XP on your smartphone!

Really, ApkVenue is not lying.

You can reminisce with the appearance of Windows XP on an Android smartphone. Application launcher This unique one is also very small and lightweight, and doesn’t need access root to use it.

Want to reminisce with the look of Windows XP on your Android smartphone? Download immediately XP Mod Launcher below this. 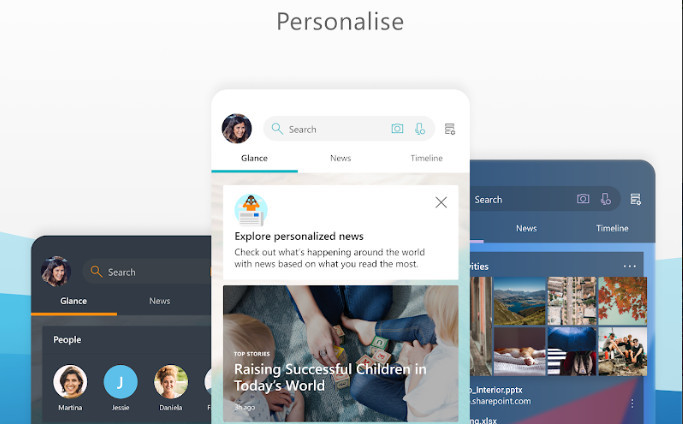 With cool features, a minimalist look, and lightweight performance, many are fond of launcher this.

Download it Microsoft Launcher on ApkVenue now also passes link below this. 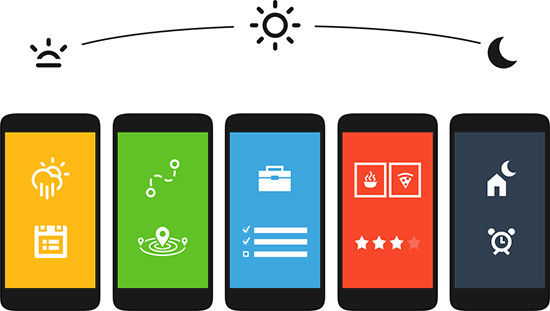 Large companies like Yahoo also do not miss the application launcher for Android smartphones.

By acquiring ThumbsUp Labs some time ago, they also got the application launcher light, cool, and beautiful named Yahoo Aviate Launcher.

From the start, application launcher this indeed succeeded in capturing the hearts of many Android users.

Download and enjoy the coolness of Yahoo Aviate Launcher on your smartphone. 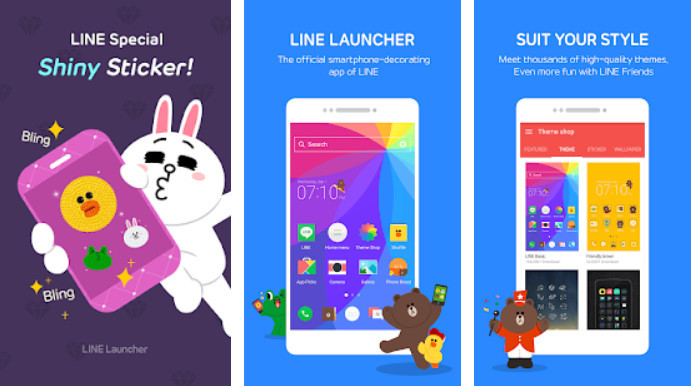 In addition to Yahoo and Microsoft, LINE also went along with it launcher with a unique theme.

If you like typical LINE characters like Cony, Brown, and friends, then you have to install LINE Launcher.

Application launcher This cool is also equipped Phone Booster and Battery Widget to optimize the performance of your Android phone.

Download and install the application LINE Launcher on your smartphone now. If you really like changing the display of your smartphone’s home screen, you need to Buzz Launcher. Application launcher This lightweight has a lot of themes to choose from.

In fact there are more than 10,000 views home screen which you can choose. 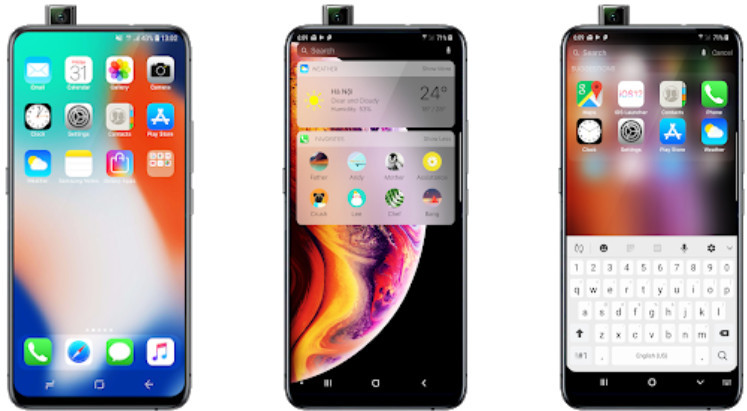 Want to have an iPhone but the budget is not sufficient? Just use it IOS Launcher 12 this one!

Your Android mobile will transform into iOS with a display that is really similar to the iPhone X!

As a bonus, you can use the same wallpaper as the iPhone wallpapers. 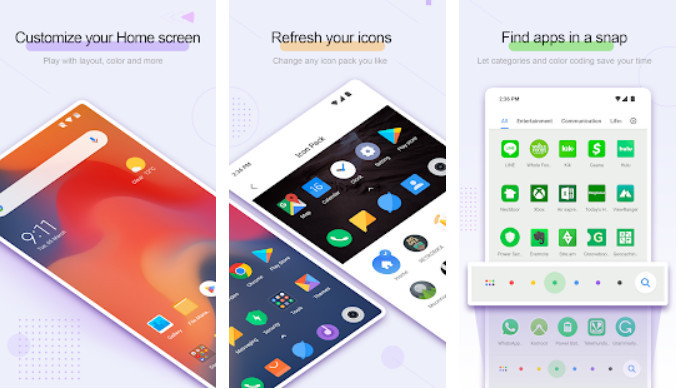 For this one developed the same Xiaomi here. You will get a minimalist look so our screen looks neater,

In addition, you can change the theme and animation according to your taste.

In fact, you can change app icons from third-party developers! 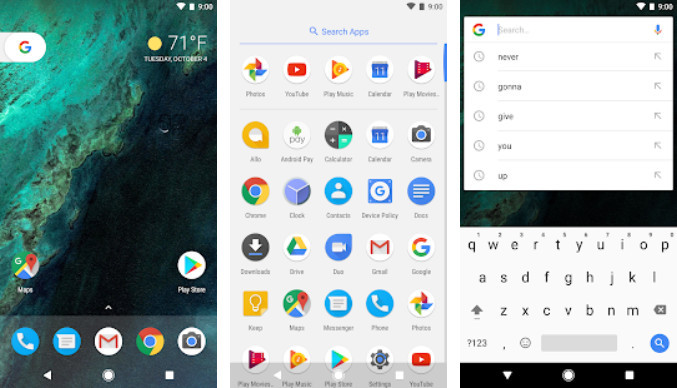 Google Pixel is known for its camera stability. In addition, its simple UI display is also much liked by Android users.

If you want to experience using Google Pixel, you can use it Pixel Launcher this one! 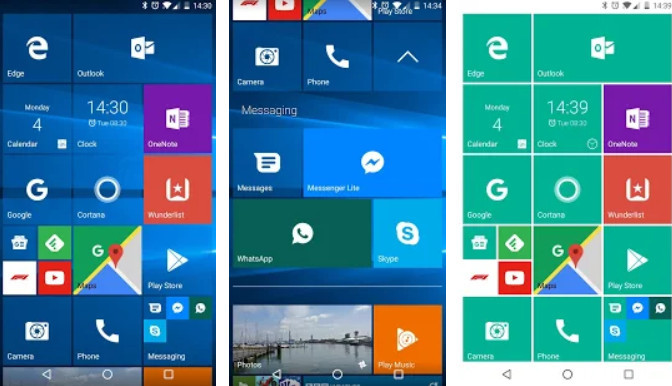 Finally, for those of you who want to bring Windows 10 to mobile, you can use Launcher 10 this one.

Your applications will appear like Windows 10 with boxes that have become his trademark.

Clear, launcher This one is really cool.

That’s 15 of the best Android application launcher in the world, lightest, and save battery. If you have other recommendations, write them in the comments column.