ApkVenue
Want to make an emoji avatar from your own face? Just try some applications to make memojis on the following Android phones!

Memoji has become one of the features that is quite popular among smartphone users, especially iOS device users.

Yep, 3D-based avatar features Augmented Reality (AR) is indeed specifically presented by Apple for their iOS devices in 2018 ago.

Although only available for iPhone and iPad, but now there are many memoji applications that you can use on your Android phone.

Want to know what are the applications? Come on, find out the answer in the following full article!

Application to make memoji on Android

For those of you who want to enjoy memoji-like features on an Android cellphone, here are some applications to make memojis on Android. You just have to do a scan on the face or the whole body and the Bitmoji app will automatically create the cartoon avatar.

In addition, you can also customize the results of the cartoon avatars such as changing clothes or even the preferred hair style.

The results of this cartoon avatar can then be used as personal emojis in the Snapchat application. 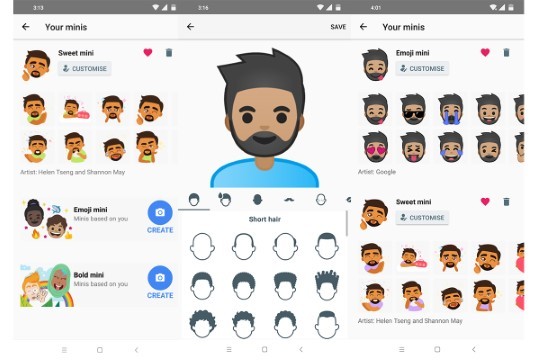 For you Android mobile users, of course you are familiar with the application Gboard aka Google Keyboard?

Not only functions as a keyboard in general, this application made by Google also allows you to create emoji avatars from the user’s face you know.

That you can do through a feature called Emoji Minis which is contained in the Google Keyboard application.

You just have to do a scan face and Gboard application will display many stickers with different styles and poses from your face.

Not only that, the results of the sticker can also be sent to other users. 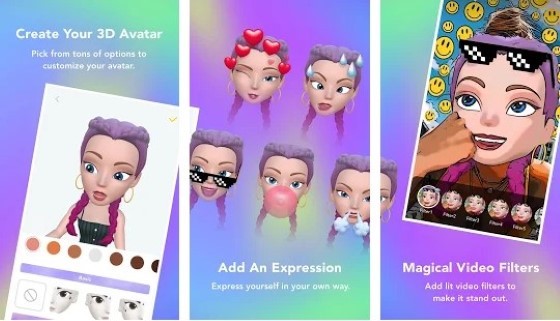 Different from previous applications, applications Face Cam don’t make emoji avatars based on scans of users’ faces but instead make them from scratch.

Users will be given the freedom to build their emoji avatars ranging from choosing hair, skin, eye shape, and other characteristics.

After the emoji avatar is successfully created, the application will function as a camera and the user’s real face will be automatically replaced by an avatar that has been created.

In addition, this emoji avatar will also follow the user’s movements and facial expressions starting from the eyebrows, eyes, and even the mouth. 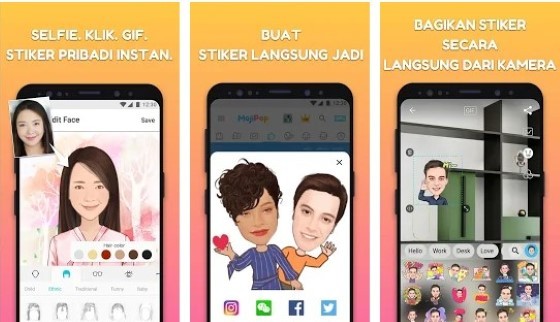 Not much different from previous applications, MojiPop is an application that allows changing the user’s face into a cartoon sticker.

This application provides a large selection of stickers and some even in the form of animated stickers that can move.

Unfortunately, the results of these stickers can only be sent via the keyboard from this application itself. But, you can also save it to the gallery and share it on social media like Facebook. 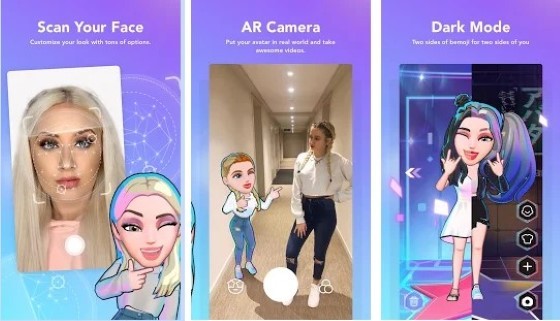 Interestingly, the 3D AR avatar you can use to make videos in the real world.

Meanwhile, emoji stickers can also be animated into the GIF format and send them using the Bemoji keyboard available in the application. 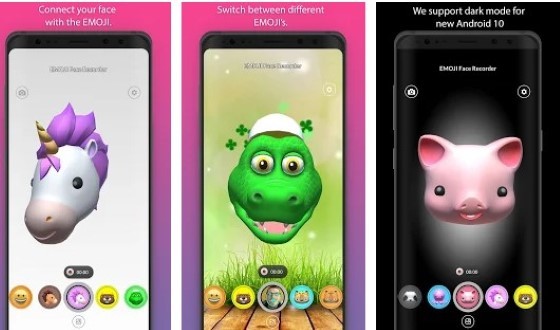 Almost similar to the Animoji feature on the iPhone, application Emoji Face Recorder allows users to change their faces into animal characters, not facial emojis.

This application itself provides enough choices of types of animals such as unicorns, octopus, pandas, and many more.

Not just animal characters, there are also a wide selection of emoji emotions characters such as anger, joy, cry, and others.

All of these characters can follow the user’s face movements so that it will look more interesting and funny. 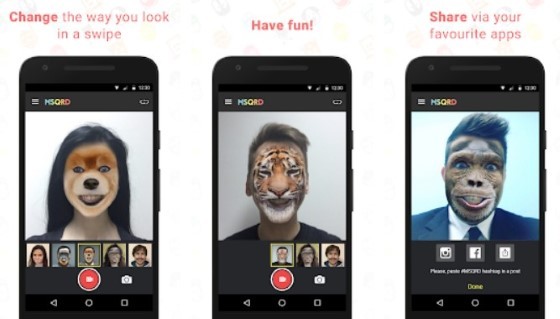 The last application that you can use to make memojis on an Android phone is MSQRD, friends

MSQRD itself is an application that allows users to change their faces into certain characters such as animals, famous figures, to monsters using filters that have been provided.

Not only can you take selfies, users can also record videos while using these filters and share them directly on social media.

Well, that’s just a few applications to make memoji on an Android cellphone.

Although it does not really offer functions and appearance similar to the memoji feature on an iOS device, but the above applications worth it to try it anyway.