ApkVenue
This application can make you be any character you want just by using your webcam or front camera of your smartphone. Curious? Let’s see.

Well, FaceRig is an application that can realize your dreams into whatever character you want by using your webcam or front camera of your smartphone.

But don’t get me wrong. FaceRig doesn’t make you a real other person, but you can make the 3-dimensional avatar you want and use it like Apple’s Animoji.

For more details, see the article below. FaceRig is an application that makes you able to be whatever 3D character you want digitally by using webcams for laptops and PCs, or a front camera for smartphones.

You can choose the avatars that are provided by FaceRig by default. Even so, the amount is limited and cannot becustomize as you wish.

If you want to use an avatar that you like, you can make your own avatar or import an avatar made by someone else.

You can use Avatars with FaceRig you can use in video chat and streaming applications with webcams, like Skype, Twitch, Chatroulette, Omegle, and others.

In addition, this application is compatible with the format Live2D, which is an animation program that allows the display of 2D character models into 3D.

The combination of FaceRig and Live2D allows you to become an anime character created with Live2D software. You can be your favorite anime character. 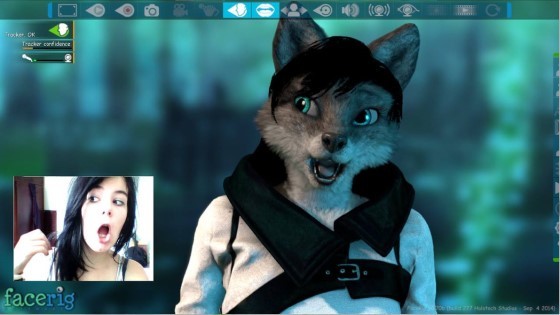 FaceRig was originally only designed for use on the PC platform. You can buy FaceRig on Steam for a price Rp.115,999 for the Classic version.

You can also upgrade FaceRig to Pro version by reaching into your pocket again Rp.425,999.

Even so, there is actually no technical difference at all between the Classic and Pro versions. It’s just that you can choose the more diverse FaceRig collection in the Pro version.

Content Creators (Youtubers, streamers, etc.) who earn above USD 500 or around Rp. 7.2 million, are required to use FaceRig Pro.

This system come to think of it, much like cross subsidies, friends. Those who have more money pay more than those who earn less.

By using FaceRig Pro, you will get an ad-free experience. Sometimes, right, ads really like to bother you.

FaceRig for the Android Platform 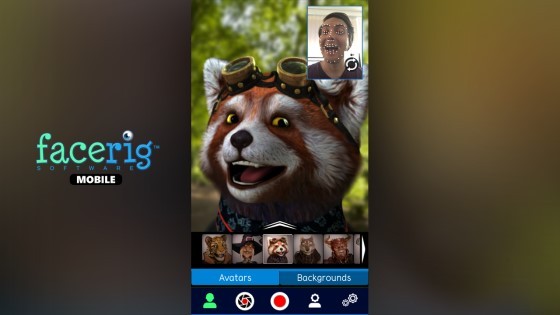 No need to worry if you want to use FaceRig but don’t have a PC or don’t want to spend money to buy.

FaceRig is also available for the Android platform. Unfortunately, you haven’t been able to find it on the Google Play Store. But don’t worry, you can download it for free below.

Same as the version Steam, you have to pay to payunlocked other cool avatars that you can use on Android FaceRig.

The Android version of FaceRig does not require high specifications nor does it require sophisticated face sensors like Animoji on the iPhone X.

Even though it only uses a smartphone camera, this application has an excellent sensor. You can also use the front camera of a smartphone with any specifications.

Unfortunately, FaceRig for Android has limitations where this application cannot capture expressions quickly, aka somewhat delay. But, overall really good.

Most Popular Avatars on FaceRig

If ApkVenue was already clear about what FaceRig is and how to use it, now ApkVenue wants to tell you what avatars are most often used by famous YouTubers. 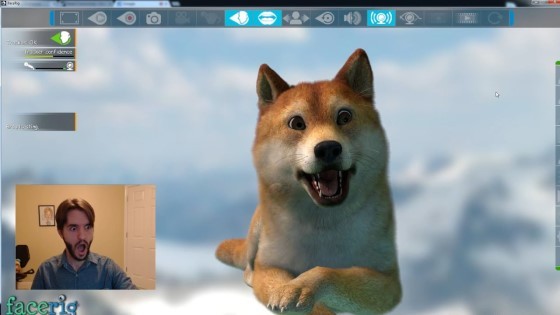 You guys are browsing often 9GAG must be familiar with meme characters this one. This cute Shiba Inu character is really shitty, huh.

In addition, this Doge avatar is also used and popularized by YouTube Streamer with a username TheOneManny and became an icon on the channel.

No less, Facebook Gaming streamer from Indonesia with the name of the page ZEGO also use FaceRig and make the audience excited. 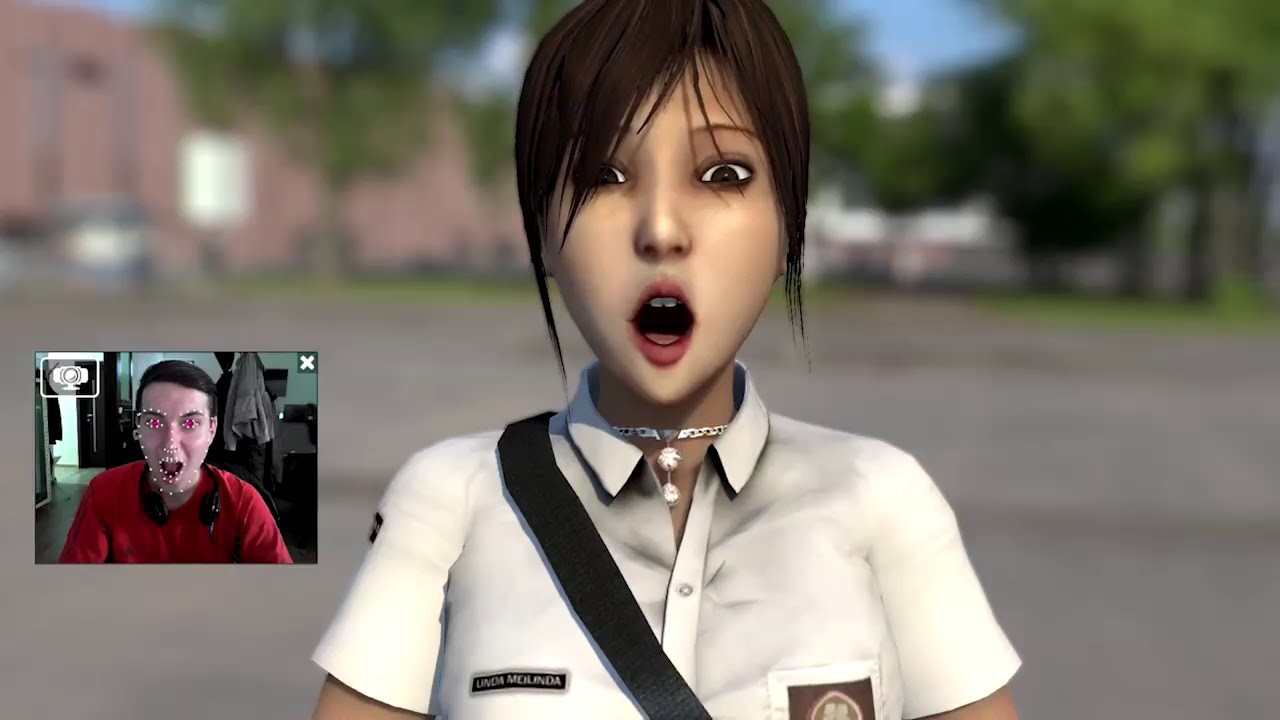 Very familiar face, huh, friends? Apparently, Linda Meilinda is the main character in a horror game made in Indonesia, DreadOut.

You can get Linda Avatar by downloading DLC ​​DreadOut for free. 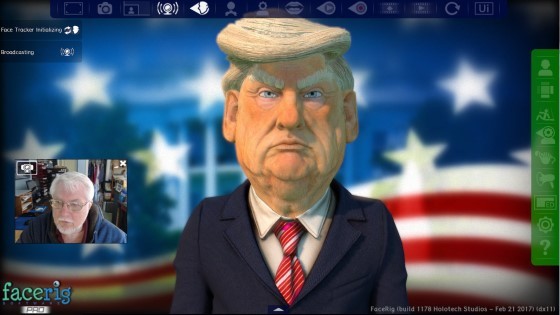 Wow, apparently you can also be Donald Trump, you know. You can get this US President’s Avatar by downloading the free DLC FaceRig Political Avatars. 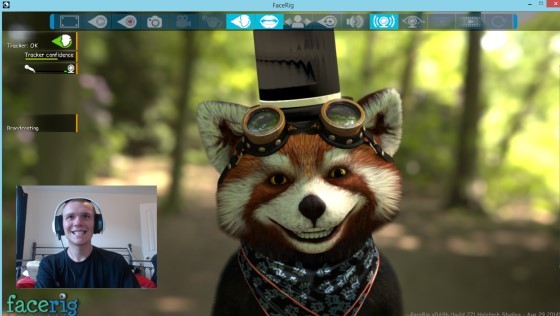 Fluffo is a Red Panda that became FaceRig application mascot, friends Fluffo itself is the default avatar that you will automatically get when using FaceRig. 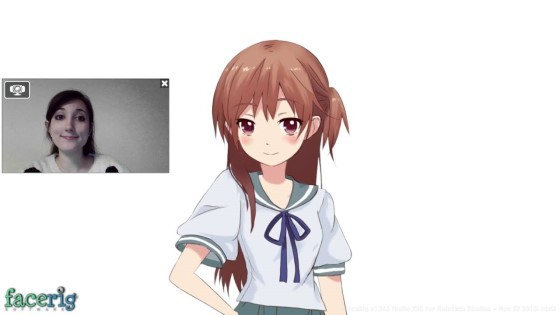 Hibiki is one of the collaboration avatars between FaceRig and Live2D that you can get. Instead of fighting Waifu with other people, it’s better to make it waifu your own dream.

Thus ApkVenue’s article about FaceRig allows you to become a 3D character that you like. Are you interested in using this application?

Write your thoughts in the comments column, yes!