2019 has been an exciting year for game lovers as many high-quality games will be released this year.

Some games such as Sekiro, Resident Evil 2 Remastered, and Apex Legends can be friends of fatigue relievers for gamers this year.

Many games released in 2019 have very disappointing quality, even though some of these games have been waiting for a long time.

Monotonous gameplay, bad graphics, and unattractive concepts are the main reasons why games on this list fail on the market.

Here ApkVenue made it especially for you to list the worst video games released in the 2019 version of ApkVenue. Games that adapt VR technology actually have quite good concepts and ideas.

In this FPS game you will become a pilot who must defeat the Nazis using super advanced technology.

The mission that you must live in this game is less varied and the enemies that you must defeat also do not provide significant challenges. 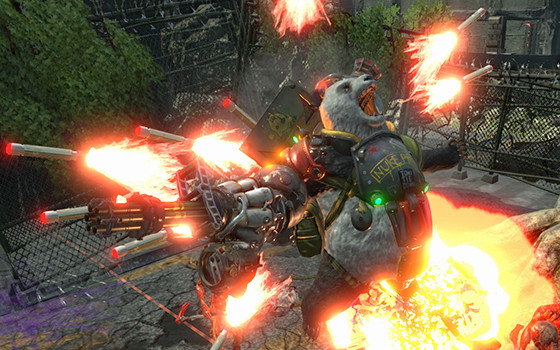 This game is the latest version of the legendary Contra game in which you will fight a variety of aliens who are trying to attack the earth.

Being the successor game of one of the legendary Konami franchises, this game failed to satisfy the expectations of Contra’s loyal fans.

Poor visuals and less varied design levels exacerbate the quality of this game.

Unlike the predecessor game that requires good calculation and skill, in this game you guys like shooting at an AI that can’t do anything. Who is not familiar with the game from the WWE franchise? This wrestling game had become a favorite in the era of PS1 and PS2 games.

WWE 2K20 became the latest game from the WWE franchise that tried to return this game to its former glory.

Unfortunately, this game just became the game that tarnished the image of the WWE wrestling game when it was released this year.

Single player mode with Monotonous stories and characters, matches that take too long, plus many bugs make this game one of the worst WWE games. Become a person who has to save many people and defeat evil robots with weapons as they are is an interesting premise offered in this game.

In this FPS game you have to undergo various missions and reveal the truth behind the invasion of evil robots.

Despite taking an interesting story concept, this game failed to add variations to it both in terms of missions and objects in the game.

Place one looks the same as another place and the mission with one another is not much different.

Because of this super minimal variation, Generation Zero scores 67% from PC Gamer, 6/10 in Steam, and 4/10 from IGN. This RPG action game has become one of the games inspired by the Dark Souls franchise from From Software.

Gameplay and fighting system adapted this game similar to Dark Souls as well as the level of difficulty.

Unfortunately, this game became difficult not because of enemy designs and gameplay demanding like Dark Souls but because of poor camera and control.

This game uses fixed camera system that often change angle in battle and the concept of control in this game is also problematic. Adapting too much variety can sometimes be a bad thing for a game, and this is what happens to Left Alive.

This game tries to combine elements of stealth, fighting game, mech, shooting, etc., but it doesn’t succeed in making these elements interesting.

Left Alive too often experience frame rate drop when there are too many objects in the game that can make you die right away.

Difficulties in this game also often feel unfair because of the lack of weapons you have and enemies that are too durable. Anthem actually became one of the most anticipated games by many gamers in 2019.

This game brings an interesting theme and gameplay when shown on various occasions by the publisher.

Unfortunately, when released this game is far from what was promised before.

Monotonous gameplay and stories too unclear characters in this game making it unfit for playing.

Despite getting support from game publishers with a high budget, Anthem became one of the EA games that failed on the market.

There you go, the 7 worst game friends released in 2019 by ApkVenue. ApkVenue also included scores from several websites as a comparison.

The games on this list actually have quite good potential in terms of concepts and stories, but unfortunately all of them fail to be executed properly.