Who here had the chance to feel the excitement of the game GTA San Andreas? Many say that this one open world game is the best among all the other GTA game series.

Not only has a lot of content, this game also frees players to do whatever they want. Starting from stealing vehicles, robbing, and even killing NPCs.

Often considered a perfect game, GTA San Andreas also has shortcomings, friendss. One of the shortcomings that is most easily seen is the number of bugs and glitches in this game, friends.

Glitch and a bug has a negative connotation because it will disrupt your playing experience. Surely you are annoyed when you are on a mission, suddenly something unpleasant happens that makes you have to repeat.

Well, in this article, ApkVenue won’t talk about annoying and annoying glitches, but ApkVenue will tell you about glitches that make games even more fun.

These glitches are guaranteed to make you who haven’t played GTA San Andreas for years, be interested in reminisce. Check it out!

List of GTA San Andreas PS2 and PC game cheat codes in Indonesian and the effects of using them in the game (100% works). Read more here
VIEW ARTICLES

There are so many rumors saying that there is a hidden lab in GTA San Andreas that is experimenting to make it zombie.

Although it’s just a figment, it turns out you can make your own Zombie by using a glitch, you know. The zombie that ApkVenue meant was an NPC that couldn’t die even if it was shot or blown up.

The trick is easy, use the car to crash into the NPC slowly. If he is angry, he will try to pull you out of the car.

Paint your car on Pay ‘n Spray and make sure the NPC comes into the garage when your car is being painted. After it’s done, the NPC will chase you all the time and can’t die like Zombies, friendss.

2. Open All Stores and Access to the Entire City at the Beginning of the Game 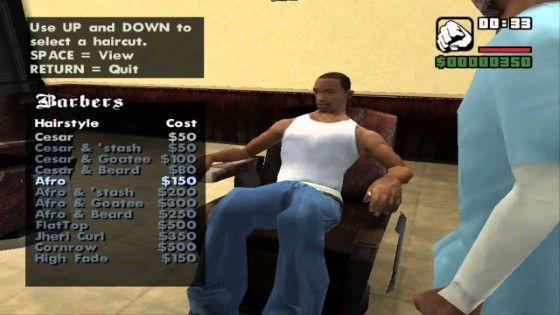 GTA San Andreas has a variety of features that you can enjoy, ranging from haircuts, buying clothes, installing tattoos, even strip clubs, friendss.

However, to open all of that access, you must achieve certain progress by carrying out missions in the game. Of course, it really takes time if you can’t wait.

There is an easy way to open all content at the beginning of the game. At the cutscene where CJ is forced into the police car, activate it Jetpack cheat.

Instead of starting the game by riding a bicycle to the house, CJ will die and respawn in the hospital.

Even so, you have managed to unlock all the shops, gyms, and others that are in the game.

Not only that, you can also go to San Fierro or Las Venturas more easily. However, keep in mind that you will immediately get 4 stars if you do it early in the game.

3. Walking on the Seabed 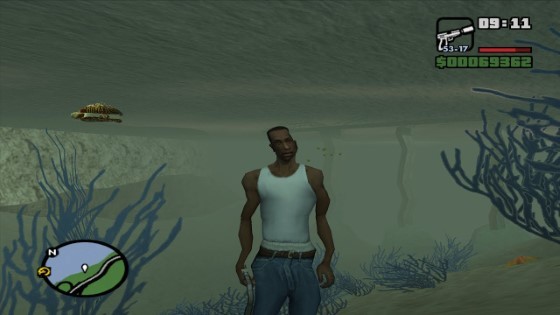 GTA San Andreas is the first GTA game that allows players to swim in the sea. Unlike the previous series where your character will die when plunging into the sea.

Not just swimming, you can also make CJ run on the seabed by using a glitch. The method is quite easy.

Go to the dock located at Santa Maria Beach, Los Santos with a car. Hit the NPC around until he chases you.

Then Position your car so that the driver’s seat is on the edge of the dock and into it.

As always, angry NPCs will try to open the door and pull you out of the car. When the NPC does this, CJ will immediately fall to the bottom of the sea and walk as usual. 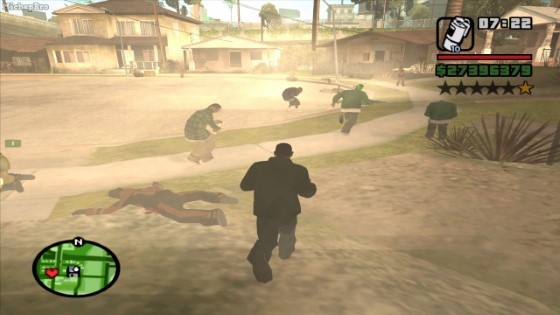 Although not ethical, but killing NPCs in games is an entertaining activity in this one controversial game.

There are many ways you can use to kill NPCs. Starting from shooting, blowing up, crashing, and others.

But did you know that you can kill many people at once with tear gas and knife capital?

You can throw gas many times in all directions. Use a knife to stab 1 NPC from the back. Miraculously, all NPCs affected by the gas will immediately die like the person you stabbed earlier. 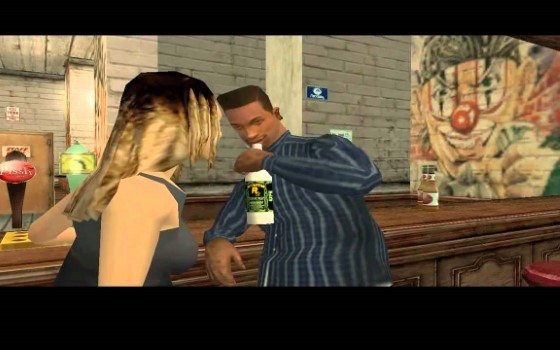 In addition to committing crimes, you can also do other unique things in the game, like gymnastics, evendate with boyfriend, friends.

If progressdate you have fulfilled, CJ will get a certain prize. Improving progress takes a long time, especially since you can only invite your boyfriend to date 1 time a day.

There is a glitch that you can use to make progressdate fast rise. Just ask your girlfriend to walk as usual and don’t forget to give a gift like a flower.

The fun thing about this glitch is that you don’t need to wait 24 hours in the game to update. You can directly pick up the girl right then and there. Really easy, right? 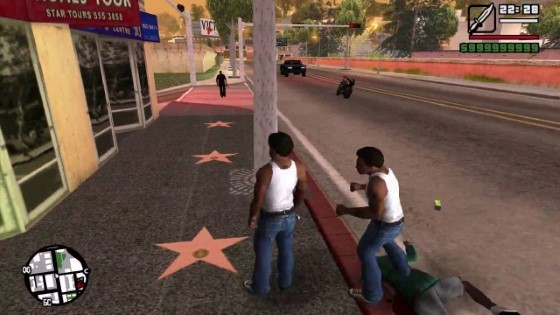 You know cloning, no, friends? Cloning is the process of producing individuals of the same type who are genetically identical.

Not only in the real world, cloning actually also exists in GTA San Andreas, you know. However, this is not the medical technology we are talking about but a glitch, a friends.

In a mission titled Management Issue, you were told to steal a car that would be used to pick up the manager Madd Dogg.

Skip to the top of the car that you have to steal and let the driver take the car to the location. When you arrive at the location, the mission will automatically fail.

Follow the black car in the mission. In one of the black cars, you can see a CJ clone that uses the exact same clothes you use.

7. Vehicle Can Not Be Destroyed 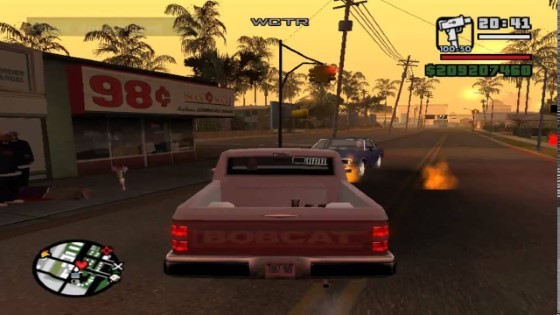 It must be annoying if you’re on a mission and suddenly your vehicle explodes. Well, this glitch is really useful if you want to carry out missions like chases, friendss.

Activate cheat which is useful to blow up other cars if you hit (JCNRUAD on the PC version). Enter the vehicle then enter the cheat again to deactivate it.

The vehicle will not be destroyed, friends. This glitch does not only function for cars but can also be used for other types of vehicles.

So ApkVenue’s article about the 7 most useful glitches in the GTA San Andreas game will make you miss trying this game again.

Hopefully ApkVenue’s article can cheer you up and help you, friends. See you in the next interesting article ApkVenue!