As people who have common sense, we all understand clearly that video games are full of fiction, friendss.

There’s no way you can growing big just by eating mushrooms toadstool like a character Marioright? It doesn’t make any sense!

In the world of video games we also often really see weapons that are too fantastic which actually actually has its original form in the real world!

7 Video Game Weapons You Can Find in the Real World

For those of you who already hope to see lightsaber from the series Star Wars, ApkVenue apologized because until now, the weapon still didn’t exist in the real world, friends.

But there are also many, really, other cool weapons that already exist in the real world but of course many of the following weapons are still experimental.

Well, for those of you who are already curious, here ApkVenue wants to share 7 video game weapons that can be found in the real world! 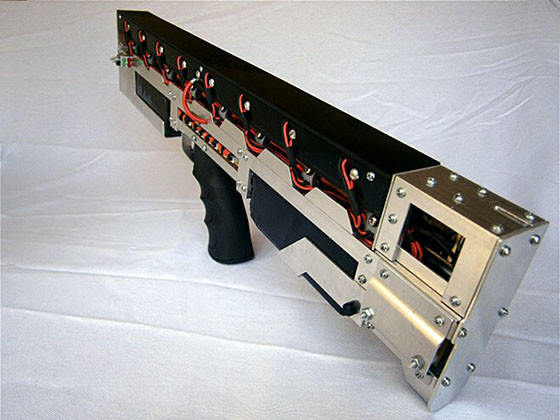 One of ApkVenue’s favorite weapons in the RPG series open world Fallout is Gauss Rifle, long-range rifles that have the power is not very relaxed, friends.

This weapon also makes a special sound that is very satisfying when used and often makes the victim ejected like a doll with high destructive power.

It turns out that this one weapon already exists in the real world which is usually called by the same name or coilgun.

Unlike firearms that use explosions from gunpowder to fire bullets, Gauss Rifle use electromagnetic principle which is capable of producing high-speed firing. 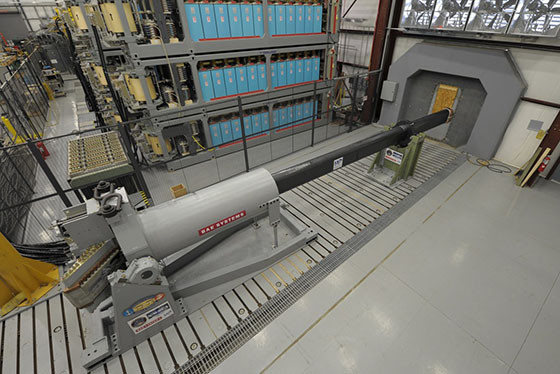 At the end of the zombie game Resident Evil 3, character Jill Valentine have to deal with it again Nemesis before you can escape from Raccoon City.

Facing Nemesis who was already strong enough not to relax, Jill was forced to use a cannon Demon Sword of Paracelsus to defeat Nemesis.

The cannon itself is actually an application form railgun who also uses electromagnetic principle as coilgun.

Unfortunately, railgun itself currently still not widely used but NASA already have a plan to fire the aircraft into space using railgunfriends! 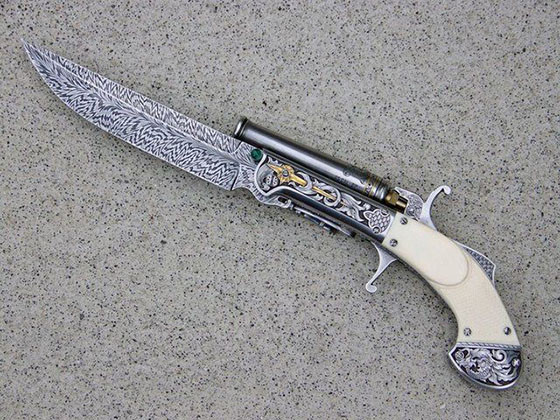 The weapon used by the main character Squall and its rivals, Seifer, in an RPG game Final Fantasy VIII now it has become a very iconic weapon, friends.

In that game, when you press R1 button right when Squall attacks the enemy, an explosion will appear and you will inflict greater damage.

It turns out that this unique weapon is also inspired by weapons in the real world called sword gun which has even been used since the 16th century.

Different from bayonet shotgun which is usually used as a long-range shotgun with a small knife at the end, sword gun more widely used for close combat physical.

Unfortunately, this Viper is arguably an unfair character because he uses weapons stun glove.

Different from characters like Ryu who only rely on the strength of their hands and inner strength, stun glove which is owned by Viper can issue electric shocks.

This weapon has now been found in the real world too but of course you have to be very careful when using these gloves, friends! 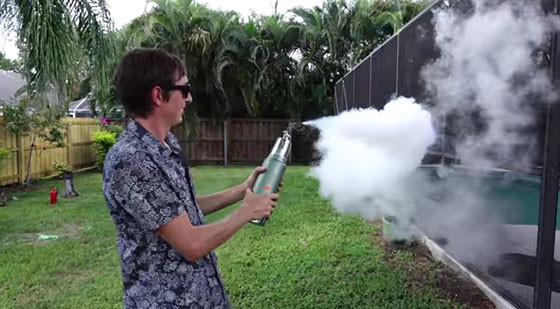 Maybe you’ve seen a lot flamethrower. But like an enemy Batman, Mr. Freeze, named weapon freeze gun most can only be seen in the game Overwatch, friends

In this very popular FBA MOBA game in the eSports world, there are cute, bespectacled heroes, May, which can freeze your opponent for a few seconds with freeze gun his

Evidently, freeze gun it already exists in real life and uses liquid nitrogen as the main fuel, like gasoline when on flamethrower, anyway.

Unfortunately, freeze gun This won’t be able to freeze other people for a second, but it can really be used in a capital city that is getting hotter, friends! 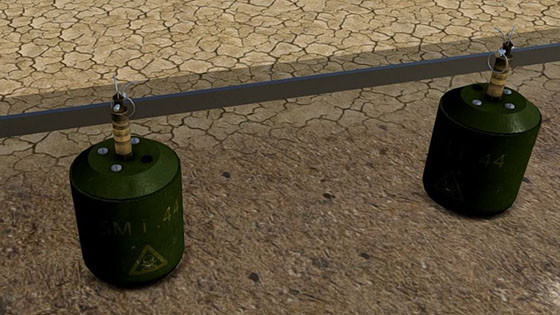 FPS RPG series Borderlands already known for the extreme amount of jokes and excessive weapons and one of them is a grenade Bounce Betty, friends

Unlike the normal grenades that explode when thrown, Bounce Betty instead it will bounce and issue a lot of bullets.

Although it sounds rather silly, this grenade was apparently based on a type of mine of the same name or Schrapnellmine (S-mine) made by German in Century World War II.

When the mine is trampled, it will jump 1 meter into the air and scatter hundreds of metal balls in various directions that will injure the people around it. 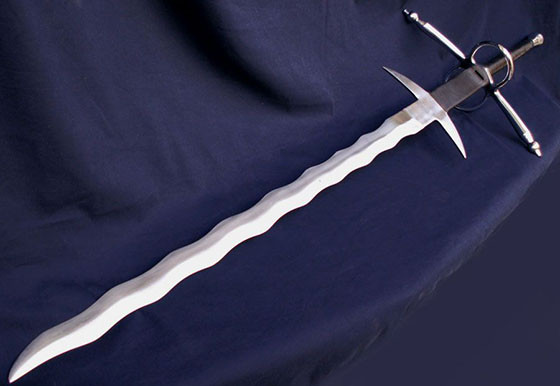 It’s not only Squall’s weapon that you can get in the real world because of the size of your XXXXXXL sword Cloud from Final Fantasy VII there’s an original too, friends!

Buster Sword this is also similar to the sword Dragon Slayer owned by Guts, the main character in the iconic manga Berserk.

In the real world, the size is not as extreme Buster Sword belongs to Cloud but has a more exotic name Zweihander.

If you have ever seen Cloud holding his sword with one hand, it is a mass lie because Zweihander it must be worn with two hands.

That’s, friends, a list of 7 video game weapons that can be found in the real world. Who knows in the future lightsaber will also follow the weapons trail above.

But remember, the name of the weapon can certainly be life-threatening, so for those of you who are thinking to collect the items above, be careful!

What do you think about the weapons above? What weapons do you want to see in the real world? Share in the comments column!