Surely you can’t wait for the films in Phase 4, after yesterday it was presented with a terrible action in Avengers: End Game and Spider-Man: Far From Home as the closing Infinity Saga.

Also this year, you certainly can’t miss a movie Super hero Latest Marvel such as Black Widow and The Eternals.

Now instead of getting bored waiting for the two films that will be released in 2020, ApkVenue has a recommendation for an exciting game that you must play. Especially if it’s not MARVEL Super War!

This Is The Reason Why You Must Play the MOBA Game, MARVEL Super War!

MARVEL Super War is a game withgenre MOBA (Online Multiplayer Battle Arena) which is very popular among people mobile gamers in the country.

The game mobile this cool came from the developer leading, NetEase Games collaborate with Marvel Entertainment.

Here you will also be presented with an exciting battle of 5v5 in a triple arena lane which of course is familiar to you, friends.

MARVEL Super War was officially released on 19 December 2019. And at an update January 16, 2020, this game has started Season 1 with a variety of interesting content that is presented.

Besides the ranks hero from the typical Marvel characters, so what makes you obliged to play MARVEL Super War? C’mon, refer to ApkVenue’s review below! 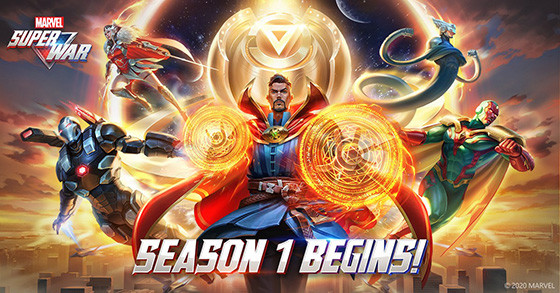 Starting 2020, MARVEL Super War opens with Season 1 which presents a variety of interesting content, such as hero new, skin exclusive, and Battle Pass.

For other interesting content, there are also Battle Pass – Hero Assembly where you can level up and get skin Epic Magneto – Galactic Gravity. 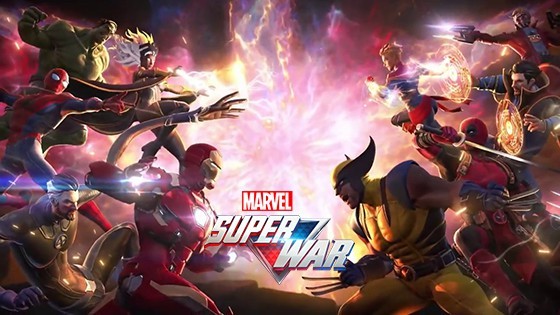 Starting from a quick race in the air between Iron Man and Captain Marvel, the battle of Storm and Star-Lord, the battle of Wolverine and the Hulk, there are strong Doctor Strange and Mr. Fantastic, to the frisky Spider-Man and Deadpool.

Not only the trailer riveting that you can find when you start playing, characters Super hero and villain was worked out very nicely in this Super War MARVEL.

You can see characters in-game with 3D modeling which displays the characteristics of these characters, both when moving, attacking, to issue moves. 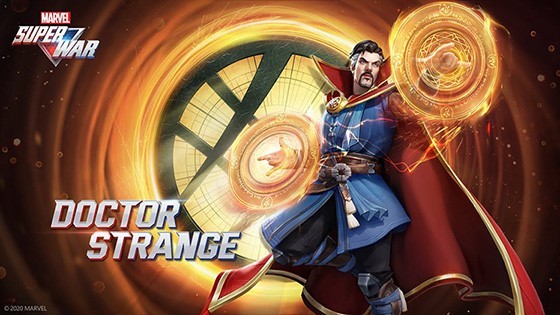 Until now you can play more than 40 characters Super hero, anti-hero, to villain which you usually find in the Marvel universe, whether through comics, serials, or widescreen movies.

Call it the witch character, Doctor Strange which debuted at MARVEL Super War armed with Cloak of Levitation and Eye of Agamotto robes.

In the future too, MARVEL Super War will continuean update the ranks hero it has.

Like a character Wolverine from the X-Men that have appeared on cinematic trailer and will be present in the near future, friends. So keep watching an update the newest huh! 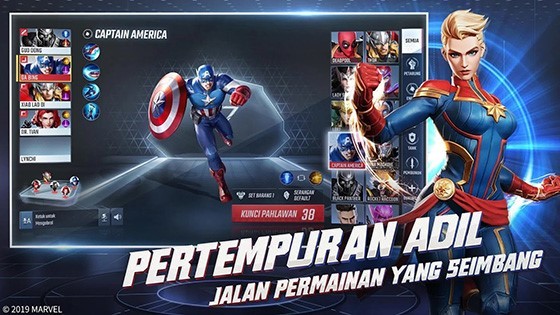 MARVEL Super War is arguably different than most MOBA games mobile because it has easier controls and mechanisms gameplay fairer.

This fair element can occur because MARVEL Super War eliminates the system Rune or Emblem, which for some MOBA gamers is unfair and benefits veteran players.

So here you just choose hero, build item, choice spell, and play it hero You are with the other players, friends.

You could say MARVEL Super War comes as an alternative for those of you who want to play the MOBA game with nuances anti-mainstream.

Gameplay which is easier and fairer is also the main attraction. Moreover you can play various characters Super hero your favorite with skin which will continue to-an update loh!

Are you ready to experience the MARVEL Super War game? Well, you directly download this game via the following link, friends