Unlike playing console games using emulators, the PC game recommendations in the following summary are indeed ported specifically for the Android OS.

So that the performance is smooth to play, friends. What are the game lists? Check out the full review below!

The Rows of PC games that ApkVenue summarizes here are mostly classic PC games or versions remake from an existing game franchise.

Some of the recommendations for PC games on Android can be played offline, so you don’t need to worry about internet connection when playing.

Starting from the classic open-world genre games, to shooting games, offline and online multiplayer, the list of PC games on Android in this summary is not to be missed, friends.

Anything? Here’s a list of the best PC games on the Google Play Store that you can install immediately. 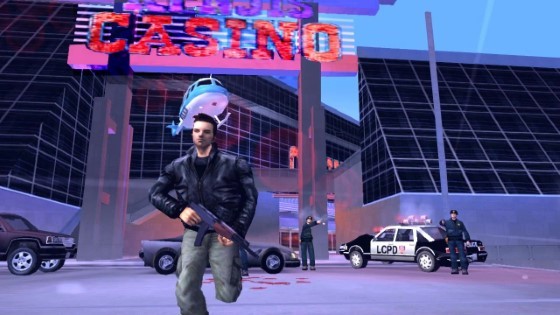 The recommended PC game for the first Android HP is Grand Theft Auto III or GTA III which was worked on by Rockstar Games.

GTA III graphics for an Android device are fairly okay, friends. You can play the character Claude in the city of Liberty with exciting criminal missions.

GTA III popularized the open world genre where you can browse maps freely in the game. 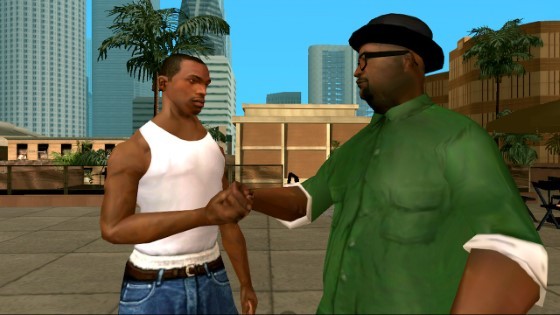 Besides GTA III, Rockstar Games offers several PC games that you can play on Android, one of them GTA: San Andreas.

Of course remember, this open-world game is definitely attached to one of your favorite gaming moments.

Popular with a series of cheats with exciting game effects, GTA San Andreas tells the story of Carl Johnson (CJ) returning to a childhood environment and meeting old friends. The 3rd PC game on Android also came from Rockstar Games. Max Payne Mobile is a popular game with action slow motion bullet time ala the film The Matrix.

Another uniqueness of Max Payne Mobile is the story process that is described with a comic panel and dialogue bubbles as a substitute cut scene.

You should try to play Max’s character and reveal the murder mystery that trapped you on Max Payne Mobile! 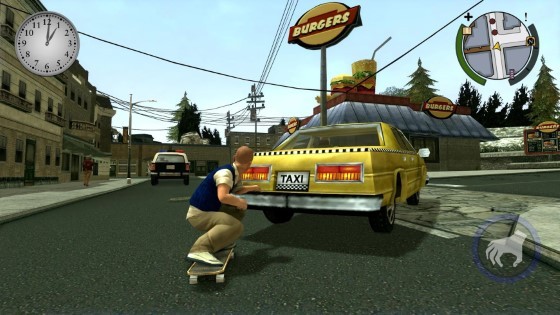 It’s a Rockstar Games specialty to work on open-world games that are rich in story intrigue.

Bully one of them. You can play PS2 games in 2006 now on Android devices.

Explore the Bullworth Academy school and its surroundings with the main character Jimmy Hopkins who wants to fight the bullies and corrupt staff at his school. Departing from a mod in the ARMA 2 game, the growth of the battle royale genre has now been recognized globally and has its own esports stage.

PlayerUnknown’s Battlegrounds which is present in the version PUBG Mobile so one of the PC online games on Android that popularized the battle royale, though not the first.

Dive into an uninhabited island with 99 other players and survive until you are the only one left to get Winner Winner Chicken Dinner! 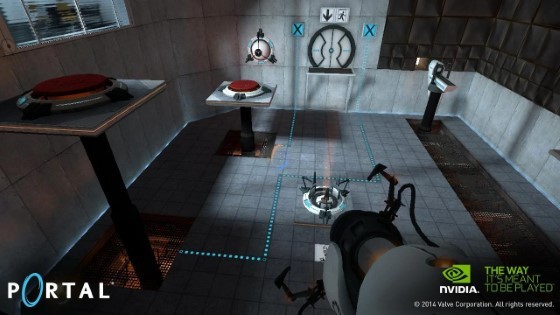 This PC game made by Valve is one of the best plot-twist games in the ending. Launched in 2007, Portal is a puzzle game with science fiction elements and unique weapons.

Weapons in the Portal game can manipulate time and space, making portals that can be used to move quickly.

Although available on the Play Store, the Portal can only be downloaded for Nvidia Shield series devices, the friends. 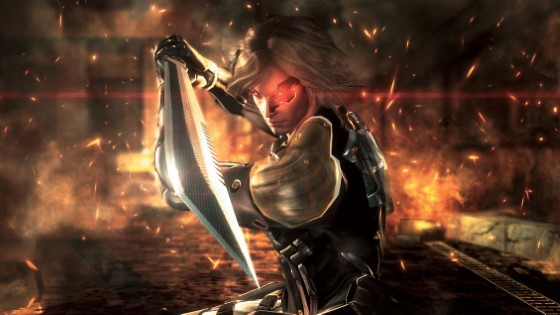 Metal Gear Rising: Revengeance is one of the Metal Gear game franchise spinoffs focused on the Raiden story and its HF Blade, which can cut almost any object.

You can play Raiden to defeat the enemy ranks of the World Marshall organization.

Ported by the Nvidia Lightspeed team, unfortunately MGR is also set aside for the Nvidia Shield series, friends. 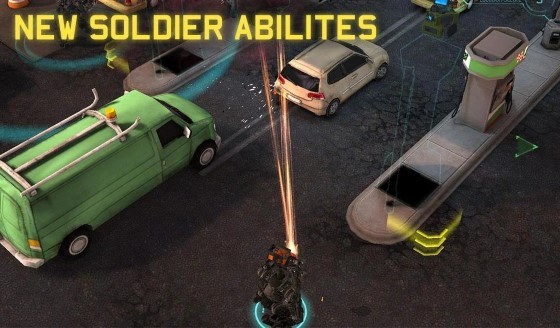 XCOM: Enemy Within have genre Real-Time Strategy as a PC game on the next Android.

Developed by 2K Games, XCOM: Enemy Within is a PC game on Android with a perspective strage genre top-down that will test your strategic ability.

The main plot in the game is the invading aliens and the EXALT transhuman race. 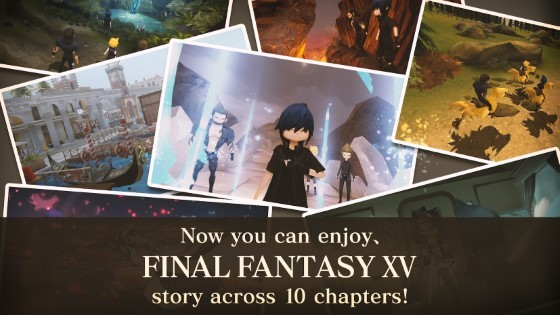 Do you like adventure PC games? Final Fantasy XV is certainly an interesting choice, because it was once named the best JRPG game.

Developed for Android devices, Final Fantasy XV which originally made consoles and PCs comes with graphics low-poly funny thing to be able to play smoothly on Android.

Final Fantasy XV: Pocket Edition has a storyline similar to the regular version on consoles and PCs. 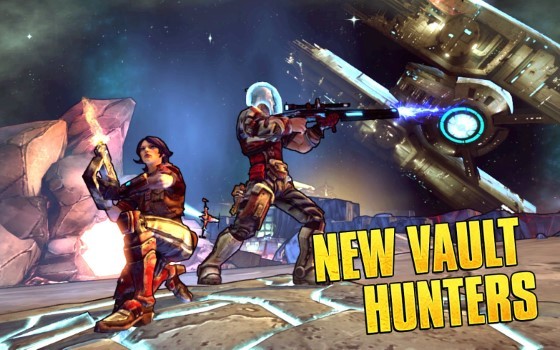 Do you like PC shooter games? Borderlands which is present on Android offers a fun shooting game with unique graphics.

For those of you who like shooter games or PC shooting, Borderlands: The Pre-Sequel! You should try, friends, with the record that you have an Nvidia Shield series.

This game offers creative game interactions with low gravity levels, can also be played in multiplayer with friends. 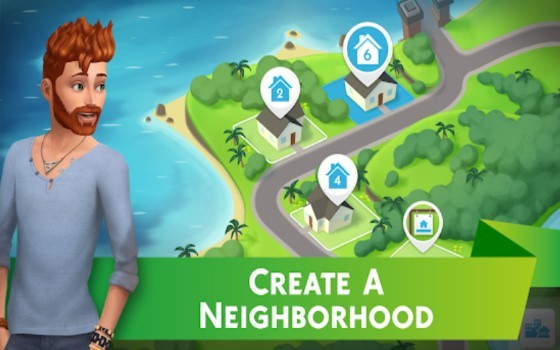 Next is the game The Sims Mobile Electronic Arts output. You must be very familiar with this game, friends.

Now, you can play it on a mobile device for free! You can make your Sims uniquely, starting with their physical form, clothes, hairstyle, makeup, accessories, and so on.

Then, you will undergo a very interesting life simulation. You can build a house, interact with others, start a career, and various other activities. Still from Electronic Arts, next is SimCity BuildIt. In this city-building game, you will become a mayor who tries to manage a city that continues to grow.

In the past, this game could only be played on certain devices such as PCs. Fortunately, with the more sophisticated Smarpthone, we can play it via cellphone

You should be able to make your citizens happy, build buildings to improve the economy, and arrange the layout of the city to make it look beautiful.

13. Life is Strange: Before the Storm Are you the type of person who likes to pay attention to story details in a game? If so, obviously the game series Life is Strange very suitable for you.

After boom on PC, this game is present on mobile devices with the title Life is Strange: Before the Storm. This game will also give you choices that will affect the storyline.

This game will focus on a character named Max Caufield who works as a photographer. He has a hidden ability, which is to restore time.

Download it Life is Strange: Before the Storm via Play Store 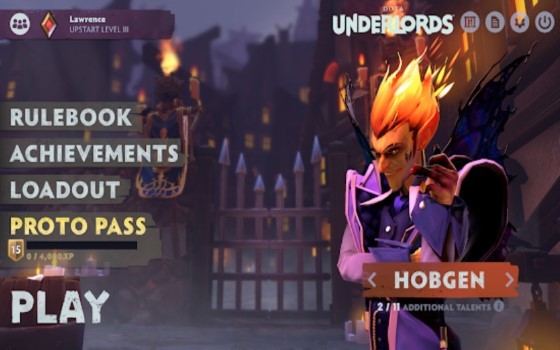 Starting from a Dota 2 MOD game, a game emerged Dota Underlords. This strategy game became popular in 2019 and many game developers participated in making similar games.

For the mobile device itself, Dota Underlords is outdone by Auto Chess. Even so, Valve can catch up.

Moreover, many Dota players prefer to play the Dota Underlords game because they already feel familiar with the characters. Looking for classic PC games that are fun to play on a mobile device? ApkVenue strongly recommends you to play the game Crazy Taxi Classic this one.

You will act as a taxi driver who must be able to take your passengers to their destination as quickly as possible, no matter having to break the rules or crash into another car.

The time saying is money applies here. The faster you deliver passengers, the more money you will get. If you like playing basketball, it’s obligatory to play games NBA 2K20 this one. You don’t need a PC or PS4 to play this official NBA game.

This game is quite heavy and requires a fairly large internal memory, so it is recommended to use HP gaming so you can play smoothly.

The graphics themselves are quite detailed, although not as good as the PC version. Even so, this game is arguably one of the best sports games for mobile devices. You will play a simulation of the life of a farmer who manages your farm, plantation, to your farm with a simple game mechanism.

This game might have simple graphics and a little retro style. Even so, guaranteed you will be addicted when you have started playing it. Are you always dreaming of becoming a manager of your favorite football club? You must play the game Football Manager 2020 this one.

This game series has been around a long time, but was released for PC devices. Fortunately, now there is a mobile version that is no less interesting.

This mobile version of this one will give you full experience like on a PC, but with easy touch control. This one soccer game will really train your managerial skills in managing a club! Star Wars fans will definitely want to play a game that smells of Star Wars. One of the most popular on Steam is Star Wars: Knight of the Old Republic.

Often considered one of the RPG games ever made, we can now play it via the mobile devices we have.

You will play in the world of Star Wars like the film. Go on an adventure with various characters to complete the various missions available. The last game on this list is Tropico. The game has many series on the PC and is now present on the mobile platform.

This game will make you a ruler of the country and must set a strategy so that the country you lead can prosper with stable economic conditions.

You can also choose to establish diplomatic relations with various countries. To be more satisfied, it is recommended to play this game on tablets, friends!

A total of 20 recommendations for PC games on Android offer a variety of choices for you who want to play PC games on a smartphone, with many genre choices to choose from.

Starting from PC games on Android online, offline, open-world, classic, hopefully the PC game recommendations on Android can be useful for you.