As one of the most popular MOBA mobile games in Indonesia, Mobile Legends: Bang Bang always do an update in the ranks of heroes.

Also don’t miss the number of new Mobile Legends heroes who have skill terrible and powerful used in the game.

For those of you who are curious, ApkVenue has given us a complete list the latest Mobile Legends hero 2019. Let’s see, friends!

On this list of new Mobile Legends heroes, ApkVenue will discuss the heroes that have appeared on a global server and you can play, friends.

So, don’t just discuss Mobile Legends’ new heroes! ApkVenue will also discuss the review skill from each hero who can help you in the game.

Getting more curious, right? Let’s just look at it below! 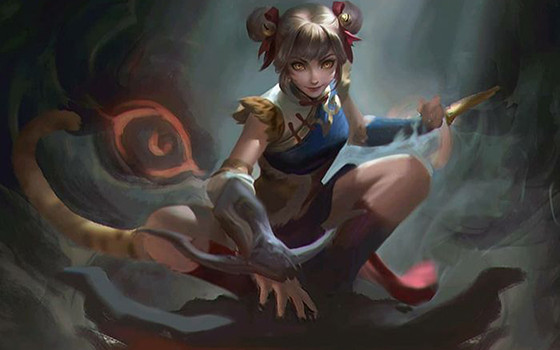 Wanwan who has the nickname of the White Tiger from the West has a pretty cute appearance. However, make no mistake about the agility with long range attacks armed crossbow he has, a friends.

Despite having quite difficult controls, there are certainly tips for using Wanwan Mobile Legends in games where it’s fast enough to kill Tank heroes.

For review skill Wanwan in full, you can see in the table below the friends. 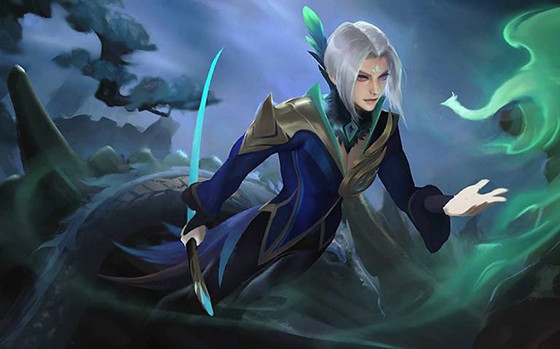 Still one squad with Wanwan, Ling an Assassin hero who has an elegant appearance like Gusion and Lancelot, a friends.

Ling nicknamed the Blue Kutilang from the South is armed with a blue sword, which has a lethal attack with a fairly unique ability.

One of the tips on using Ling Heroes is his ability to jump from wall to wall, so that it’s easier to avoid friends enemy.

Even so, of course you will not be able to easily control the ranks skill Ling heroes as follows. 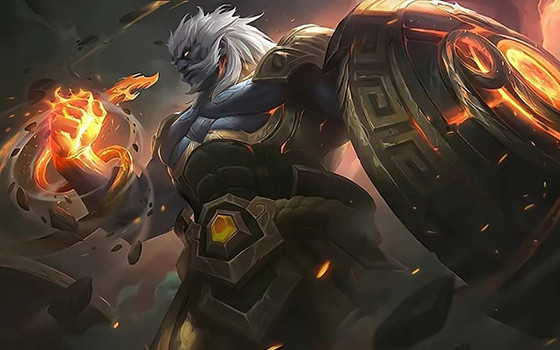 The next Oriental Fighters are there Baxia who has the nickname of the Black Tortoise from the North role Tank, friends.

Have any skill who looks like Johnson, Baxia can spin around like a top and do roaming to various parts folder without having to fear being crushed when crashing into a wall, you know.

This one Mobile Hero Legends specializes Initiator / Crowd Control so it is suitable for opening team fight.

All the advantages regarding skill Baxia Mobile Legends already reviewed ApkVenue as below huh! Not Marsha and the Bear! But Masha, Fighter Mobile Legends hero who has a very female stature with a weapon that is indeed like a bear.

In the story, Masha is known as a person who came from the snowy north end named Nost Gal and was also a cage of hunters there.

The greatness of this Fighter hero is it’s got bar HP up to three layers, so it will be feared by the enemy if combined with damage that hurts, friends.

Here are some skill Masha Mobile Legends that you can master in the match. 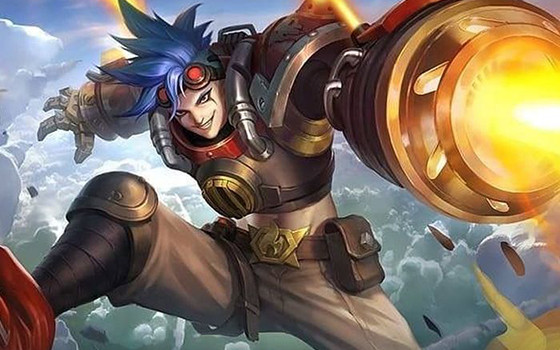 Who would have thought that the latest Mobile Legends hero would be named X.Borg this will be a subscription pick at the M1 Mobile Legends 2019 some time ago?

X.Borg is a Fighter hero with a form cyborg which is capable of spraying fire and explosion on the surrounding enemies.

Skill that X.Borg has allows you to do it too spamming so it can be troublesome to enemy heroes when combined with damage the big one.

Many tips and tricks for playing X.Borg, so you must master skillsas follows. 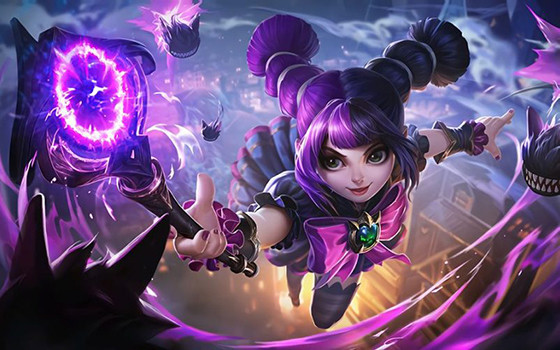 Next there is the Mage Mobile Legends hero named Lylia. The appearance of this little girl definitely reminds you of Nana and Chang’e, right?

Lylia is known as a hero who is skilled in making traps and producing damage big enough.

So do not be surprised if Lylia is often used as a hero damage dealer to finish off the armed enemies skills as follows. 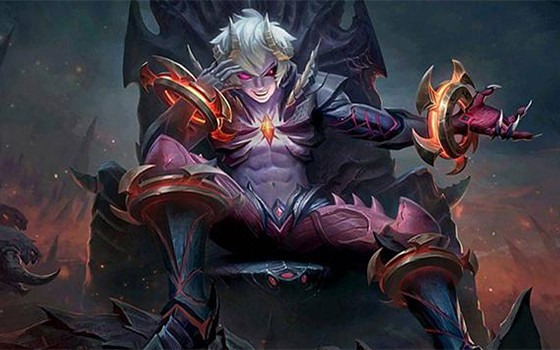 Then there Dyrroth which is dubbed the “Prince of the Abyss” which means it still comes from the same class as Alice, Selena, and Thamuz.

This Hero Fighter Mobile Legends has a deadly attack that can reduce armor enemy.

Ultimate skill it also has a wide attack area with damage big on dying enemies.

Even so, Dyrroth was fairly weak. So you must know first skills Dyrroth as follows. 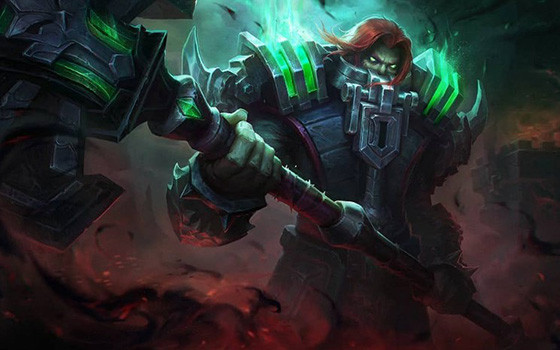 Then there Terizla who is a Fighter Mobile Legends hero with a fierce appearance armed with a giant ax held in both hands.

Terizla is told as a former blacksmith chief who was later betrayed and overwhelmed by anger. Getting strength from Abyssal Witch, Terizla returned his revenge.

This new Hero of Mobile Legends has specialty Damage / Burst which produce physical damage the big one. However, one of its weaknesses is its slow movements and attacks.

For review skill Terizla Mobile Legends, let’s look at the table below. 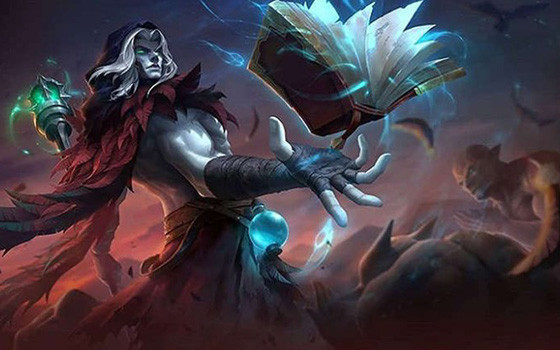 Who said the Support hero should be cute? Faramis which has role Mage / Support this is also known as the Necromancer who has the ability to resurrect the dead.

Mobile Legends Support Hero that has specialty Initiator / Crowd Control it is told as a powerful wizard who survived the collapse of Moniyan castle into the hands of the Abyss.

After understanding forbidden magic, Faramis returned revenge with his terrible strength, especially when opening team fight in the game. 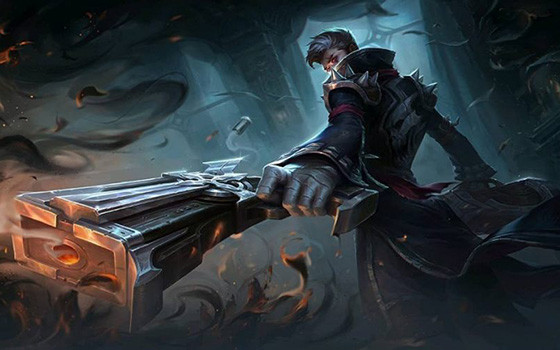 Then there Granger, hero Marksman Mobile Legends who is a demon hunter and has the appearance of a street musician with a violin-shaped rifle.

Compared to other Marksman, many ML-ers mentioned that Granger has a fairly high mobility with damage fairly large, you know.

It’s no surprise that Granger is oftenbanned, both when playing in Classic or Ranking mode, friends.

For review skill Granger in full, see the explanation below, yes! 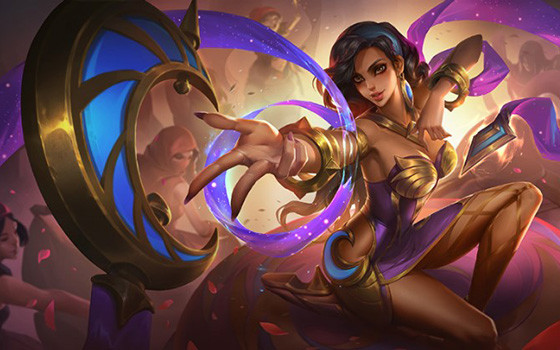 Hero Mages will usually be easy to conquer even if they have them damage the big one. However, different from Esmeralda, friends

The new Hero of Mobile Legends that was first with role Mage / Tank it has the ability to absorb shield opponent and make it as your own cellphone.

So it seems that it will be useless for the hero to use the item defense and it will be difficult to kill this one hero.

For skills owned by Esmeralda, you can refer to the full review below. His appearance may look thin and less convincing. However, who would have thought that Khufra can be a very reliable Tank Mobile Legends hero.

Khufra was the ruler of a city in the Land of Dawn whose area was covered by a vast desert.

This hero has the ambition to dominate other areas around him. But due to his greed, he was cursed by the magician Eslora to reach his current form.

Not only that, Khufra is also equipped with various skill as follows.