Apart from watching movies, playing games has become one of the other favorite activities that has been chosen for entertainment.

The variety of game genres available adds even more choices to users who might be bored with that game.

But of the many game genres, puzzle game become one that is timeless and much favored by various age groups and genders.

Unfortunately, not all of these puzzle games offer gameplay and an interesting look to play, friends. Especially those that can be played on a smartphone.

Therefore, in this article ApkVenue will discuss several recommendations the best Android puzzle game which is worthy of you to download and play right now

Not only able to provide entertainment for players, puzzle games are also widely chosen because it can sharpen the brains of the players.

For this reason, this type of game is always in demand by many users. Well, for you who are looking for the best puzzle game, here ApkVenue has some recommendations. 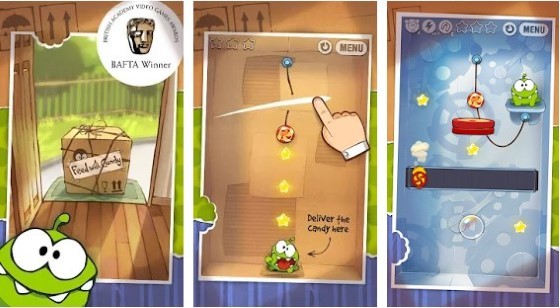 Being one of the best Android puzzle games, Cut the Rope not only can sharpen the brains of players, but also provide fun and exciting game entertainment.

Even so popular with many people, the developer namely ZeptoLab to create a web series based on this one game that was uploaded on the YouTube platform channel you know, friendss.

This game itself gives a mission to the player to put lollipop into the mouth of a frog character named Om Nom by cutting a piece of string attached to the candy.

Although at a glance it sounds easy, but the fact is you may have to repeat many times each level until you can win. 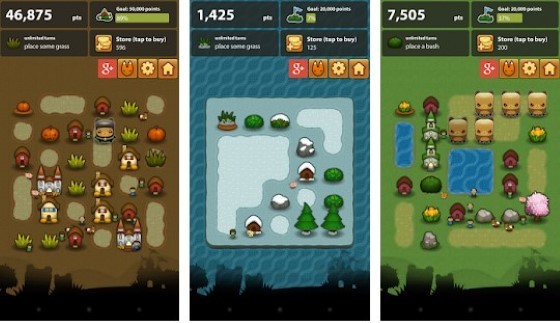 Developed by game developer Spry Fox LLC, game Triple Town suitable for you who are looking for the best puzzle game and offers an attractive appearance.

In this game you will be assigned to plant various trees with large sizes.

But, to be able to plant it you will be given a pretty difficult challenge that is having to fight against naughty bears who always drop the trees that you plant.

Although it looks simple, but in reality you still need more effort to be able to win this game. 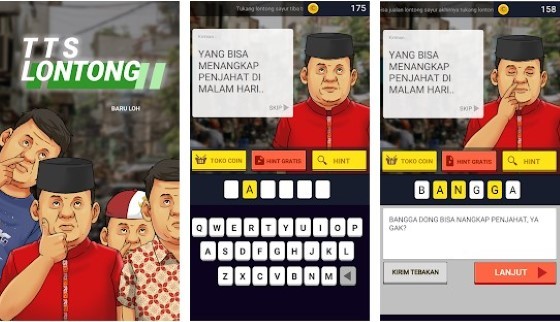 Inspired by a TV show, Lontong TTS might be very suitable for you who are looking for a funny puzzle game but also annoying at the same time.

Because the game made by Gambir Game Studio developers will provide answers that are quite eccentric and unexpected from any questions that at first glance seem normal and ordinary.

Even so, but that’s what makes this game so exciting and funny to play. Until now, the TTS Lontong game itself has been downloaded by more than 5 million users on the Google Play Store. 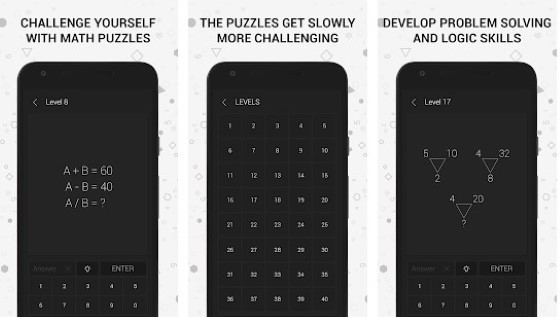 Need more difficult and unusual brain teasers? Maybe a game called Math Riddles this is what you are looking for, friends!

Having been downloaded by more than 5 million users of Android mobile devices, the Math Riddles game is claimed to be able to increase the IQ of its players through a combination of puzzle and logic offered in gameplay-his.

As the title suggests, this game is a math puzzle game in the form of numbers with a variety of different levels of difficulty.

In addition, this Math Riddles game also provides hints and answers for those of you who have difficulty solving the level presented. 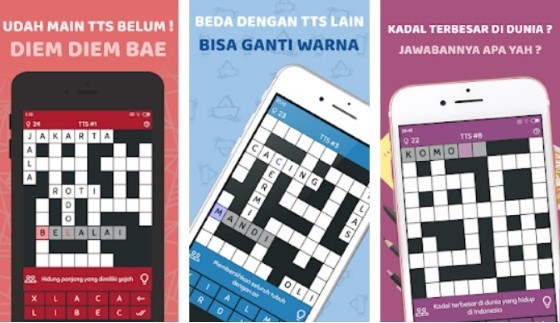 Looking for the most fun crossword puzzle game to play? Then that’s the game Smart TTS 2019 This MeluApp developer made could be one of the right choices, friends.

Not only is the gameplay exciting, TTS Pintar also offers simple drawing designs with a variety of attractive color choices that you can change according to taste.

Interestingly, this one game application also offers a help feature that you can use when there are questions that make you confused.

In addition, this game also promises a matter of TTS that will continue to be updated so you will not run out. 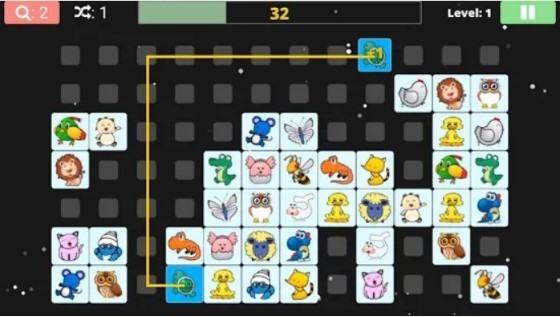 It is often touted as a mother or father’s favorite game, in fact Onet Deluxe is one game that is very interesting to be played by various ages.

Because, in addition to offering gameplay which is very easy to understand and play, this game also has a graphic display that is quite interesting and interesting colorful.

The game made by the developer Paw-App Studio itself provides three game modes for players, namely the relaxed mode, challenge mode, and defense mode.

Not only that, there are also four choices of picture themes; animals, cute monsters, fruits, and christmas that you can choose according to taste. 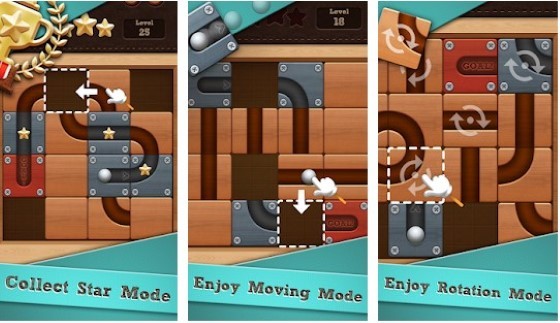 Still haven’t found the best puzzle game that is fun to play? If that is possible Roll the Ball this could be another alternative for you who are looking for an Android logic puzzle game, friends.

Besides being able to provide entertainment games, this Roll the Ball game can also be used to test IQ and logic.

Because, in this game you have to put together a puzzle that contains elements of wood in order to form a pipe as a ball path.

Offering a fairly simple display design and a relaxed game, this game might be suitable for you who are bored with noise in the PUBG battle royale game or the like. 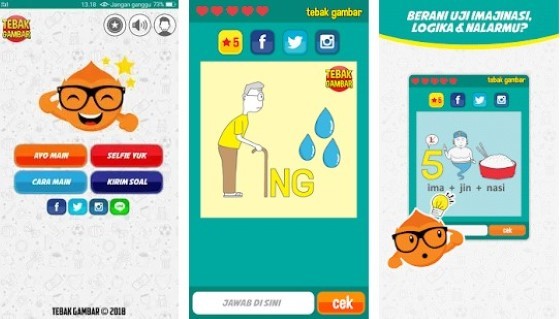 Already downloaded by more than 10 million users, the game Guess the picture this requires the player to think of a word or sentence that is the answer to the image displayed.

Not only can sharpen the brain, this game also forces players to imagine well to find words that fit the image.

In addition, the design looks quite attractive and colorful also makes this game not bored to be played continuously. But, remember! Don’t get addicted to the game, okay! 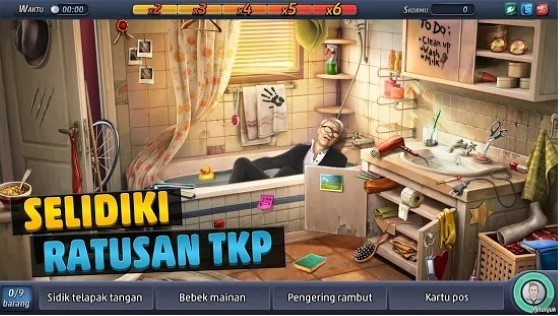 Happy with games that smell detective? Game titled Criminal Case This might be suitable for you to download right now, friends!

In this game you will work as a detective who will assist the police in solving murder cases.

After you have succeeded in getting all the evidence, then you will be assigned to analyze the evidence with a mini puzzle and many other interesting tasks.

Offering puzzle games with interesting gameplay, don’t be surprised if the Criminal Case game has been downloaded by more than 100 million users in the Google Play Store app store. 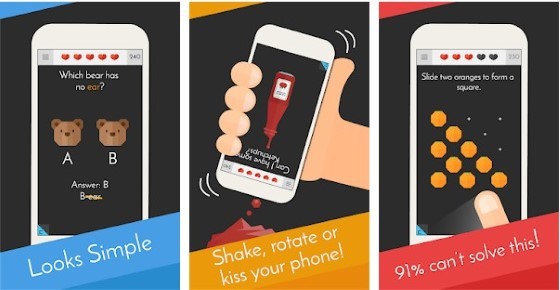 Tricky Test 2 itself is a puzzle game with a series of complicated brain teasing games and unexpected solutions, according to the game’s title.

For those of you who feel smart and can bulldoze every level quickly, this game offers around 100 questions tricky for you to break, friends.

Although it’s not included as the best android offline brain teaser game, but this game you can download for free or free, you know.

Well, that’s just some of the best puzzle games now that you can play in your spare time or when you’re bored, friends.

Interestingly, the games above not only function as entertainment media but also function to test the IQ of the players.

Now do you know which puzzle game you want to download? Or do you have another puzzle game that is more interesting? Share the answer in the comment column, yes!